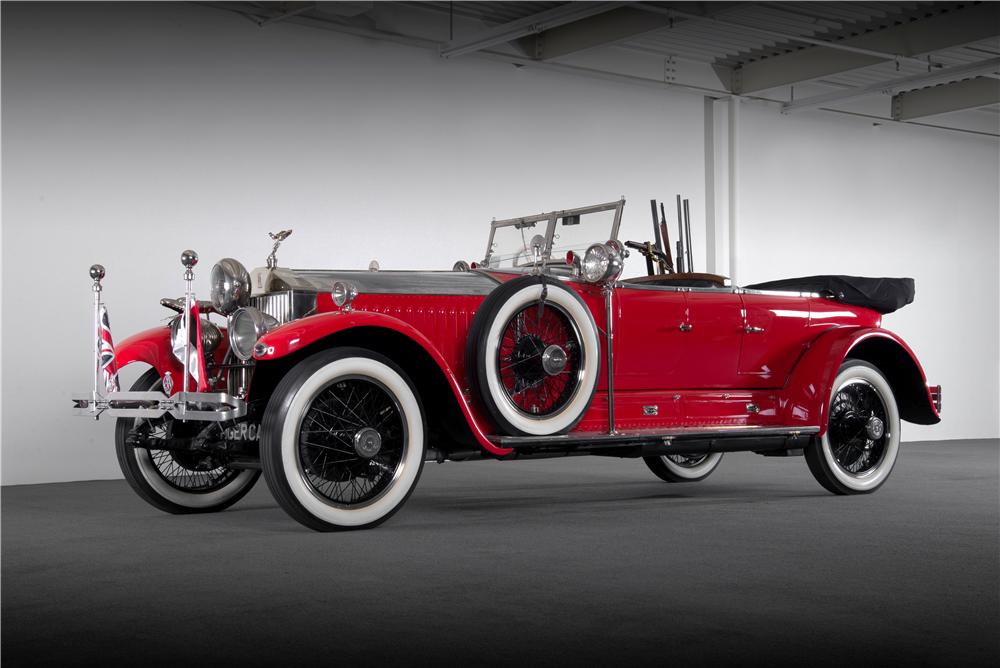 The Rolls-Royce Phantom I was the successor to the Silver Ghost. The first Phantom was introduced in 1925 – making this a launch-year model. It was available from either Rolls-Royce or Rolls-Royce of America. This is from the British arm of the company.

This is actually a really interesting car and I’ve been monitoring it as it sat at the Auto Collections in Las Vegas, where it’s been for sale for a little while. This car was ordered new by Umed Singh II – the Maharaja of Kotah in India. Rolls-Royces were popular among Maharajas (India was under British rule at the time) and a Maharaja Rolls is a thing that pops up every now and then.

The Maharaja had this Torpedo Sports Tourer body put on the car by Barker & Co. of London – the supplier for many of the bodies on early Silver Ghosts. Barker & Co. would be acquired by Hooper (another popular Bentley/Rolls coachbuilder) in 1938. The engine in this car is a 50 horsepower (or “sufficient,” in Rolls-speak) 7.7-liter straight-six.

India is a land of exotic game and many kings of the day liked to go hunting. This car was well-equipped with enough firepower (including a tow-behind machine gun!) to go hunting on his family’s private estate. This has been referred to as the “Tiger Car” as it packs enough punch to take down a Bengal Tiger. 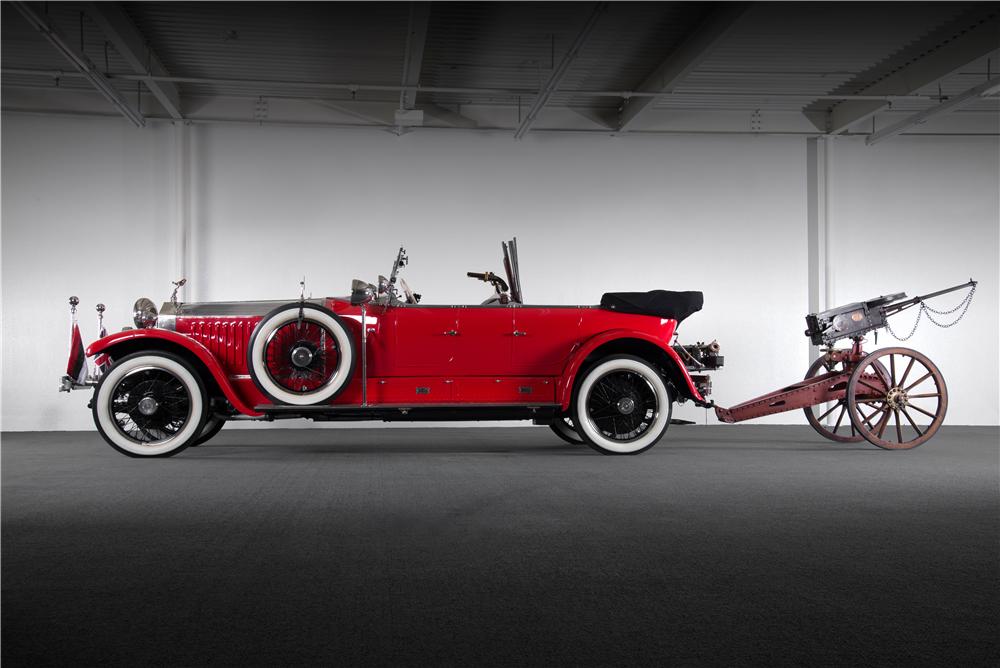 It’s a really awesome car that has the potential to bring a lot of money. You just don’t see outrageous Rolls-Royces like this – especially one armed like a tank. Only 2,269 British-built Phantom Is were built – and there’s only one like this. Click here for more info and here for the rest of Barrett-Jackson’s Vegas lineup.