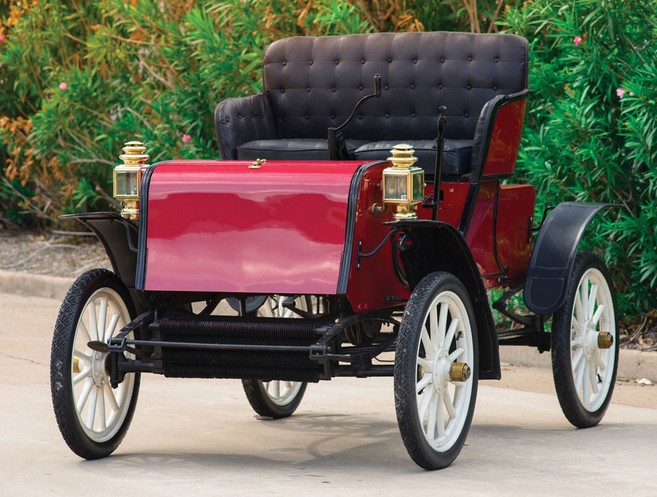 In 1902, J. Frank Duryea joined the Stevens Arms and Tool Company. The Duryea Brothers are one of the most interesting stories to come out of the early automobile industry. They built some beautiful cars together before going their separate ways.

Stevens-Duryea built its first car in 1902 and this is from the year after – making it one of the oldest Stevens-Duryeas in existence. It’s a Model L that originally used a flat-twin engine but is now powered by a Harley-Davidson V-Twin. This car had work done to it a long time ago (when it lost its engine in the 1940s or 50s) but it looks good today and it usable. The transmission and frame are also non-original.

RM states that the car could be restored further toward its original state or you could leave it like it is. Stevens-Duryea continued to build cars – that got bigger and bigger and more and more ludicrously expensive. Production ceased around 1923 but cars were still being sold out of old inventory through 1927. This is a $20,000-$30,000 car as is (and yes, I know, that’s a big range). Click here for more info and here for more from this sale.