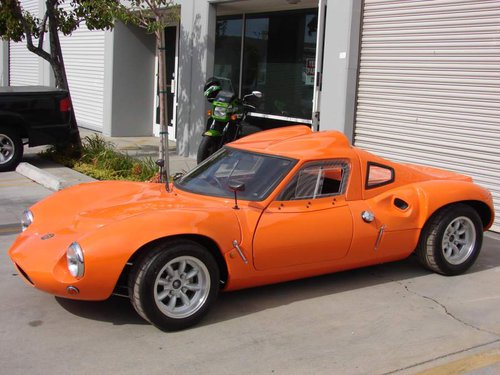 Ginetta has never sold cars in the U.S. They’re a British specialty that has been around since 1958 – and they’re still going strong making some really cool race cars. Most of their history has been split between road and race cars.

The G12 was a race-only car that debuted in 1965. It features a mid-engined layout and this one uses a Lotus-Ford 1.6-liter straight-four making 180 horsepower. This car was imported into the U.S. in 2001 as a rolling chassis. The engine has been added since.

The U.K. has a long history of lightweight cars that are very sporty on the track. My made-up comparison to this car is “picture a MG TC with the exhaust burble of a GT40.” That might be a tad bit extreme, but you may (or may not) get what I’m trying to say. These are just more hardcore than most British sports/road cars. And that’s probably because it’s a race car.