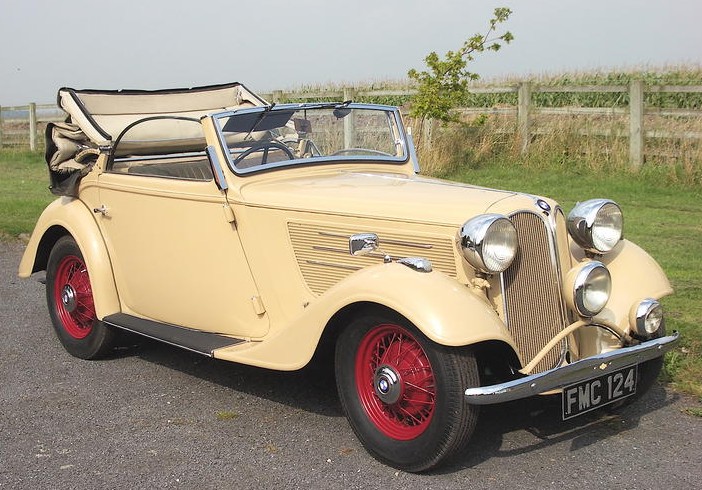 We featured a Frazer Nash last week and described a bit of the history of the company. In the early years, Archibald Frazer-Nash (why is his name hyphenated and the company not?) formed AFN Ltd. after the GN cyclecar failed.

Their original purpose and business model was to import BMWs from Germany and assemble them in the U.K. The cars were marketed as “Frazer Nash-BMW”s and not BMWs. The company was the official British BMW importer between 1934 and 1939, before things between Germany and Britain got a little tense – to say the least.

This car has covered about 54,000 miles in its life and shows an older restoration that could use attention in spots. It’s been in a museum recently and might need a little work to get it roadworthy. A total of 6,646 BMW 319s were built – a small fraction of which were sold as Frazer Nash-BMWs. This is a cool car that will bring between $65,000-$73,000. Click here for more info and here for more from Bonhams’ Oxford sale.