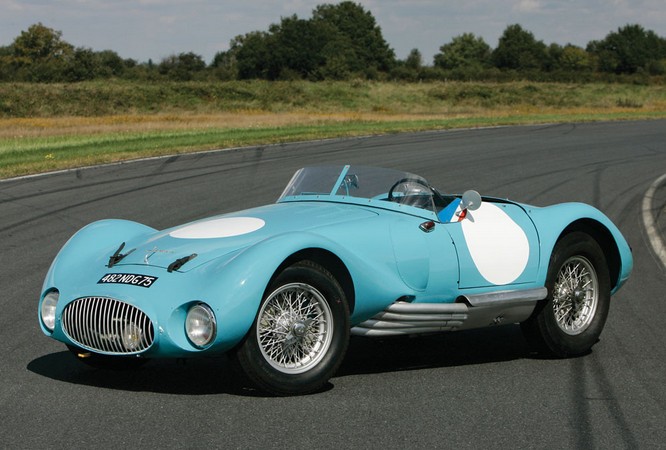 This is the first car RM Auctions announced for their sale in Paris this February… and they announced it last fall. I’ve been waiting to feature it since the day I saw it because I knew it was awesome and I knew it was rare.

Much like Enzo Ferrari, Amédée Gordini tuned and raced cars in the 1930s. After the war ended, he also started producing race cars under his own name. Unlike Ferrari, he never really built purpose-built road cars and his little company shut down in 1957 and he later sold the rights to his name to Renault. Imagine “Ferrari”-trim level Fiat 500s. Not a pretty sight.

But what he did in his day holds up – like this Type 24 S. The engine is a powerful 265 horsepower 3.0-liter straight-eight underneath an aluminium body. This car was a Gordini-factory race car and its competition history includes the following:

So it never started at Le Mans, big deal. The bodywork that the car currently wears was added for the 1955 24 Hour race, but it had an accident in practice and didn’t get to race. This car was sold after 1955 and used by privateers in many events. It has had five owners in its life, all French.

*The auction catalog lists this car as the winner, but my other sources say it placed second. S/N #36.