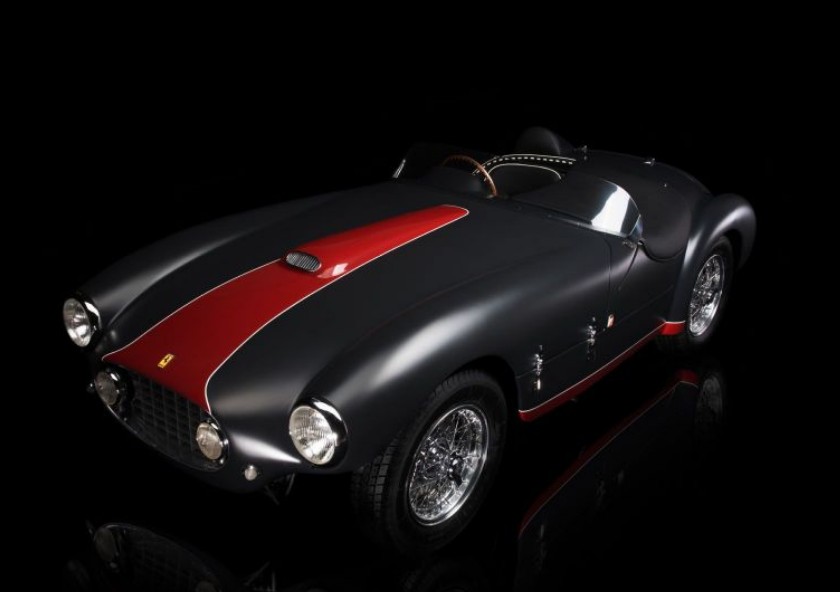 Upon completion, chassis #0300M was sent to Vignale to be bodied. It left the factory as one of two 166 MM/53s bodied as a Vignale Berlinetta coupe. By May of 1953, the little coupe was screaming around Spa-Francorchamps, it’s 2.0-liter Colombo V-12 and its 154 horsepower echoing off the trees of the legendary circuit. After returning to Belgium at the beginning of 1954 (after racing in Brazil for a brief spell), the car was sent to Martial Oblin in Brussels to have a new body fitted.

The result is this sporty little barchetta – and the only Ferrari bodied by Oblin (it’s one of only three cars he bodied in total). The car competed successfully in races all over Europe after that. It has had many owners since and was completely restored in 2012 at a cost of over $400,000. This is one of 25 166 MMs built and one of 13 166 MM/53s built. I think that qualifies as rare – especially when it has one-off bodywork. It is expected to sell for between $4,000,000-$4,800,000. Click here for more info and here for more from Artcurial’s Retromobile sale.