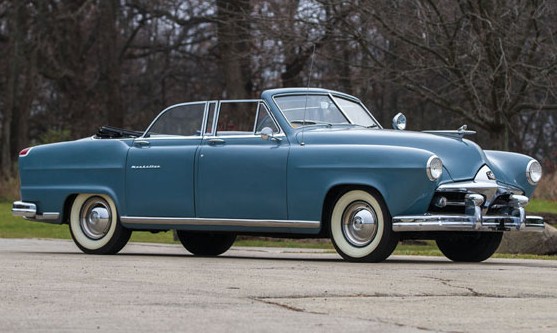 The Kaiser-Frazer Corporation built some cool and interesting cars after World War II. The Manhattan Convertible was among the coolest. 1951 would be the last year for Frazer automobiles, while Kaiser would continue making passenger cars through 1955.

The Manhattan was introduced for the 1947 model year and for 1951, it received all-new styling. 1951 Frazer production was over before 1951 even began (it ended in October 1950). The engine is standard Frazer 3.7-liter straight-six making 115 horsepower.

Production for the 1951 Manhattan totaled only 283 units – and only 131 of those were the large, four-door convertible version that you see here. No one makes four-door convertibles anymore, which is a shame as they are really cool. Wouldn’t a drop-top Accord or Taurus be awesome? The price for this car should be between $50,000-$70,000. Click here for more info and here for more from Auctions America on their home turf.