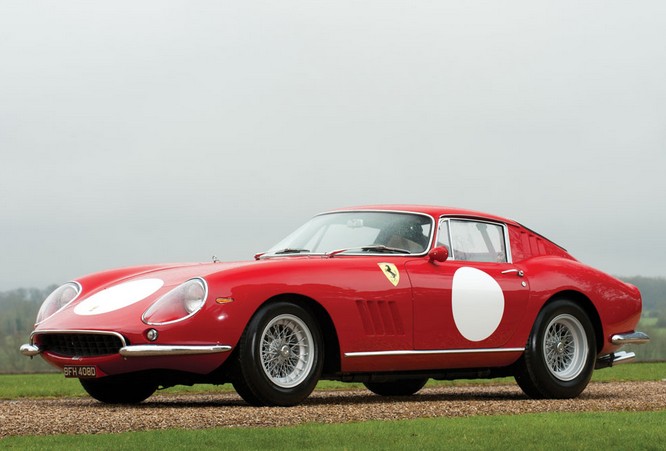 The Ferrari 275 line has skyrocketed in value over the past 10-15 years. They’ve gone from sub-million dollar cars to cars pushing the $10 million mark. RM sold an example last year for $25 million. The 275 was new for 1964 and the limited-edition GTB/C was a 1966-only model.

1965 was Ferrari’s first racing season with the 275, the replacement for the long-successful 250 series. The 275 GT Berlinetta Competizione was Ferrari’s way of building off of 1965’s success. This lightweight model used a 275 horsepower 3.3-liter V-12. Ferrari homologated the model for road/competition use. Only 12 were built.

This racing special was used as a road car for three years before its third owner campaigned it in some hill climbs. What’s great about this wonderfully preserved racing car is that it was never seriously flogged on track. It’s only one of 12 – and it should sell for between $5,900,000-$6,850,000. Click here for more info and here for more from RM’s Monaco sale.