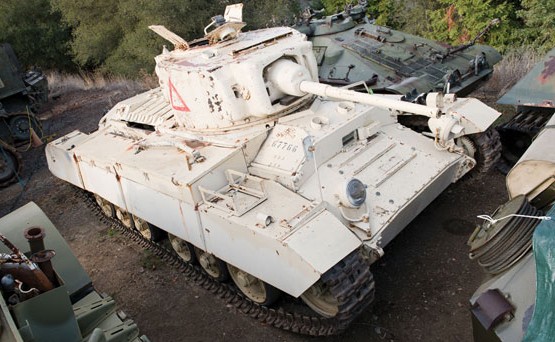 The Mark III Infantry Tank was called the Valentine in the U.K. during World War 2. They were built by Vickers-Armstrongs, among other manufacturers. It was a big, strong tank that was fairly reliable too. It’s powered by a 138 horsepower GMC straight-six. The top speed was 15 mph. This is one of many tanks I’m hoping to feature over the coming weeks. Between 1940 and 1945, 8,275 of these were built. In original condition, this should sell for between $100,000-$150,000. Click here to read more and here for more from this awesome sale.