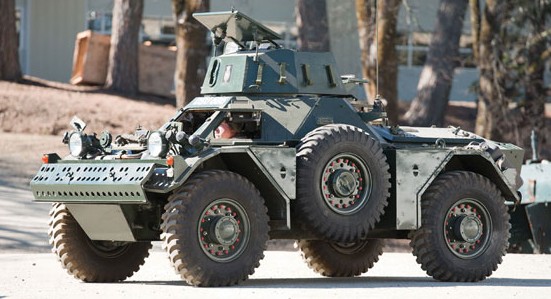 The Ferret was an armored car built by Daimler in the U.K. for reconnaissance purposes. They were built between 1952 and 1971. The engine is a straight-six making 129 horsepower which can push it to 58 mph. These were used in almost every Commonwealth country up to and into the early-1990s. In total, 4,409 were built and they have become an attainable military vehicle for many collectors. This one should sell for between $25,000-$35,000. Click here for more info.