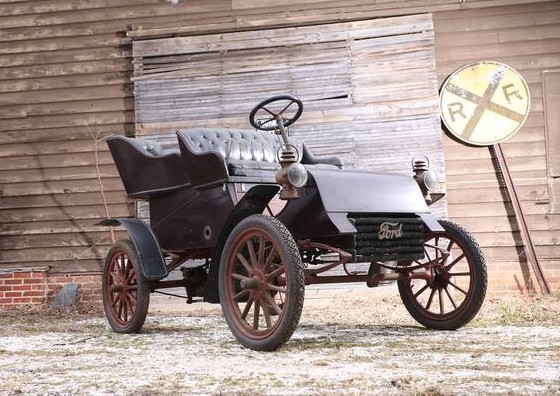 The 1903 Ford Model A was the first automobile produced by the Ford Motor Company. They built between 1,500 and 1,700 of those flat-twin-powered cars in only two years. The updated Model C followed in 1904 and lasted through 1905.

Then what is a Model AC? It was a 1904 model year-only car that was essentially a Model A with the larger, more powerful engine from the forthcoming Model C. Call it a hot rod with its 2.0-liter flat-twin making 10 horsepower (up from eight in the Model A).

It is thought that this car was restored in the 1950s and has been preserved since. With about 1,700 Model A/Model AC cars built, Bonhams states that only about 30-60 of them remain (but it is unclear if they are referring to Model As or Model ACs or both). At any rate, it is safe to assume that this is much rarer than a normal Model A. It’s in nice but not perfect shape and should sell for between $60,000-$80,000. Click here for more info and here for more from this sale.