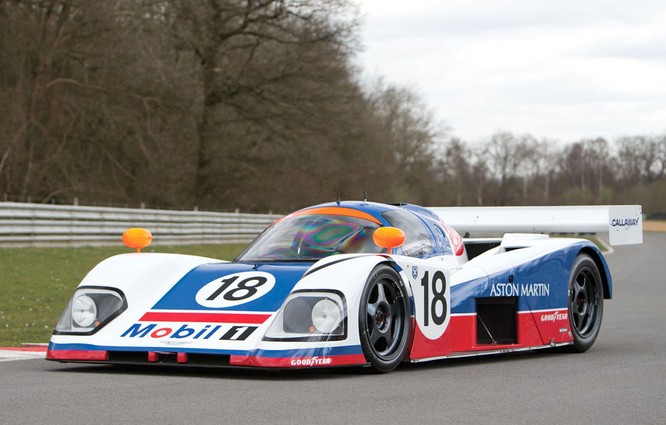 Strangely, Aston Martin entered the LMP arena in 2011 with a car called the AMR-One. Not to be confused with this, the 1989 AMR1. Apparently, the folks at Aston Martin only write things down and never say them out loud.

This is a Group C prototype from Aston Martin that went up against the likes of Jaguar, Mercedes-Benz, and Porsche during the heyday of Group C racing. This is a ground effects car that generates massive amounts of downforce. The engine is a Callaway-massaged 6.0-liter Aston Martin V-8 making 723 horsepower. The racing history of this car includes:

And that was it for this car. Only four of these prototype racers were built and this is considered the best, most-original example around. It was sold from Aston Martin directly to the current owner in 2001. It has been regularly exercised on track at historic events, setting the fastest race lap at the 2013 Monterey Historics.