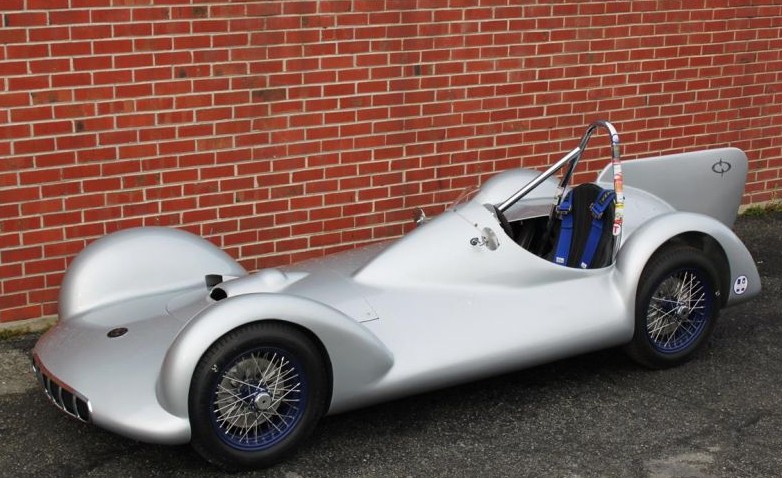 Avia is a Czech company that is still in the auto business. They were founded in 1919 and had become part of Skoda by 1928. They built aircraft beginning in 1920 and throughout WWII. After WWII, the company was nationalized and aircraft production ceased. By the 1960s, they had launched heavy vehicle production under their own name (after years of producing trucks for other brands).

Between 1956 and 1957, Avia experimented with cars, building between 12 and 15 light cars. One was a streamliner – the car you see here. And it was raced in hillclimbs in period by designer and Avia employee Miroslav Jurca, who had built the Avia cars as an after-hours project. This car uses a 750cc BMW twin making 15 horsepower. The body is lightweight aluminium.

This car lived incorrectly for years as a BMW-Veritas until Jurca’s grandson correctly identified the car after it had been presented at Pebble Beach. The car has since been completely restored and has seen track time at events like the Monterey Historics. Only two Avia road cars still survive, as heavy truck production continues to this day. This is the only Avia streamliner. It is for sale in California for $325,000. Click here for more info.