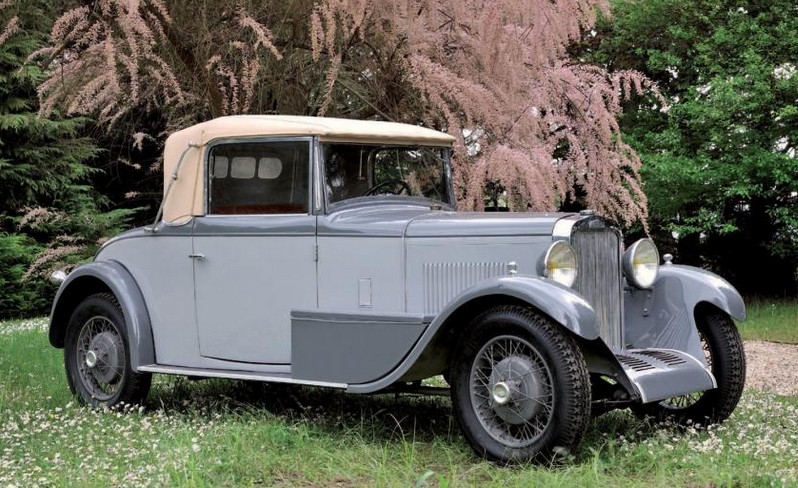 Aries (which actually has an accent on the “e” but this lovely computer can’t handle that functionality) was a French auto manufacturer that got its start with cars in 1903. The company lasted until 1938, producing about 20,000 cars during its 35 years. The company was known as one of the first French manufacturers to produce their vehicles in left-hand drive.

The CB 4 model seems to have been built in 1929 and 1930 only, before giving way to a slightly larger model. The engine is a 1.5-liter straight-four making 40 horsepower. Only about 290 CB 4 models were produced.

The restoration was carried out a few years ago, and it still looks nice. This is a fine chance to grab a rare French convertible from the 1920s. It will cost you between $34,000-$47,000. Click here for more info and here for more from this sale.