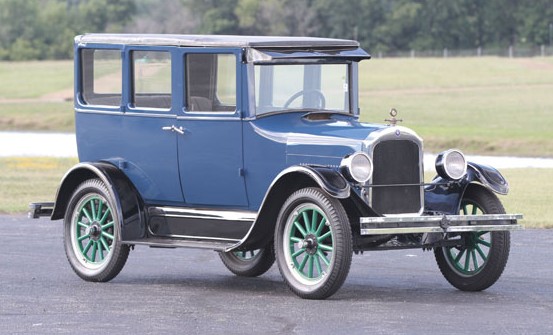 There have been quite a few car companies going by the name “Star,” but only one was founded by Billy Durant after he left GM. It was an assembled car, built using pieces made by other manufacturers. The Star was the affordable line of Durant Motors, built to compete against the Model T.

Production started in 1922 and the company was phased out in 1928. The four-cylinder model was dubbed “F-25” for 1925 only and it was the last year Star built only four-cylinder cars (a six was introduced alongside it for 1926).

This car has an older restoration, but it is simple and attractive. And usable. I saw a similar car for sale a few years ago for about $8,000 and not buying it remains one of my biggest automotive regrets. This one is nicer and should bring between $20,000-$30,000. Click here for more info and here for more from AA’s Auburn sale.