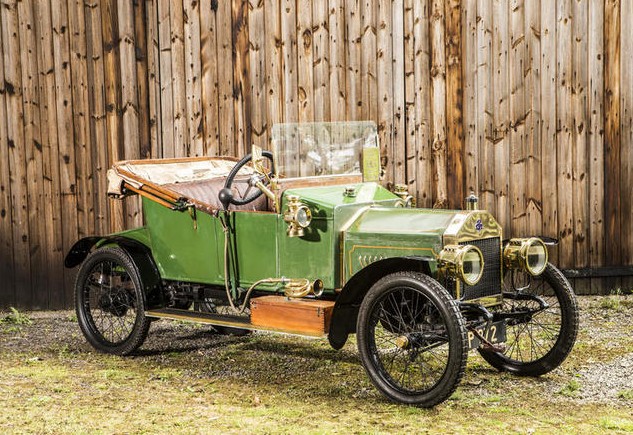 The Swift Motor Co Ltd. of Coventry began as a sewing machine manufacturer. They turned to cars in 1900 and their specialty was those of the small variety. Swift were among the pioneers of the cyclecar movement that swept the world (most of Europe and the U.S.) between 1910 and the 1920s.

The twin-cylinder cyclecar was introduced by Swift in 1912 (replacing a single-cylinder model). The engine is a 972cc twin making seven horsepower. The car is tiny, light, and will seat two. I quite like the looks of it.

This car has been known in the collector world since 1959 and was used regularly up until 1968 before it became more of a static showpiece. The interior is mighty old if not original – same for the engine. It is a driver and the body and brass are in great shape. It should sell for between $23,000-$27,000. Click here for more info and here for more from this sale.