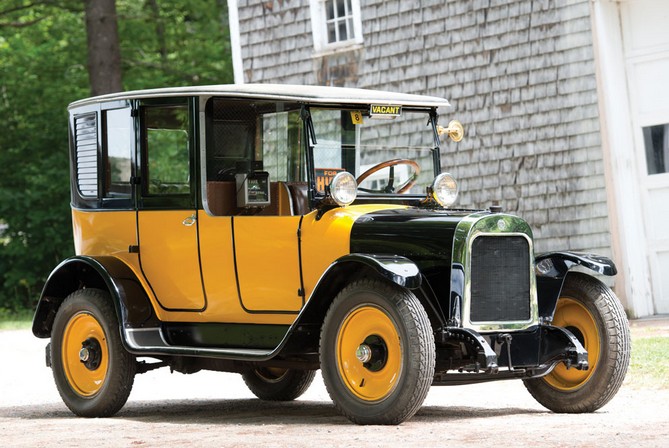 Here’s a car I’ve always wanted to feature, but I was starting to wonder, “Just how many are left?” Not a whole lot, as it turns out, but some are still around – thankfully. What I love about these cars is what they represent. Ever watched some black and white video clip of New York City during the Roaring 20s? A video shot at night, among the brightly lit theater facades of Broadway? There are quite a few little cabs like this running around those streets at a sped-up frame rate.

It’s a time period that’s always fascinated me and this is among the best examples – and among the least seen – of everyday urban life in the 20s. Anyway, the Yellow Cab Manufacturing Company was founded by John D. Hertz (yes, of that Hertz fame). It was founded in 1920 to build taxis for his Yellow Cab Company in Chicago. In 1925, it was acquired by GM and the brand name disappeared after 1929.

The engine is a 2.9-liter Continental straight-four making 18 horsepower. Yellow built mostly taxis – but not all of them left yellow and some may have been used as passenger cars. This example is ex-Harrah and ex-Imperial Palace and is wonderful. It should sell for between $40,000-$60,000. Quite a few were built, but very few remain. Check out more here and see more from this sale here.