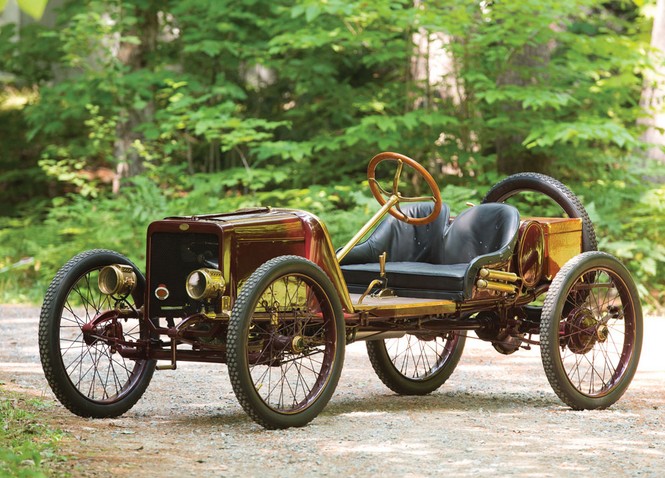 Indianapolis, Indiana’s Spacke Machine Company was responsible for a great many of the small, one-and-two-cylinder cyclecar engines that putt-putted around America and Europe during the 1910s.

One thing they did not do, however, was build their own production automobile. Fred W. Spacke died in January of 1915 and his sons soon sold the business. In 1919, the new company built a car and offered it for sale. No takers. They tried it again in 1920. Nothing doing. There are only three known cars carrying the Spacke name. And this one is unique.

It was built either in 1912 or 1913 and is a cyclecar, unlike the later examples. It uses one of Spacke’s own 13 horsepower, 1.2-liter engines. It’s the only Spacke automobile built prior to WWI and it never entered production. The car has been recently restored and looks beautiful. It should sell for between $30,000-$50,000. Click here for more info and here for the rest of RM’s Hershey lineup.