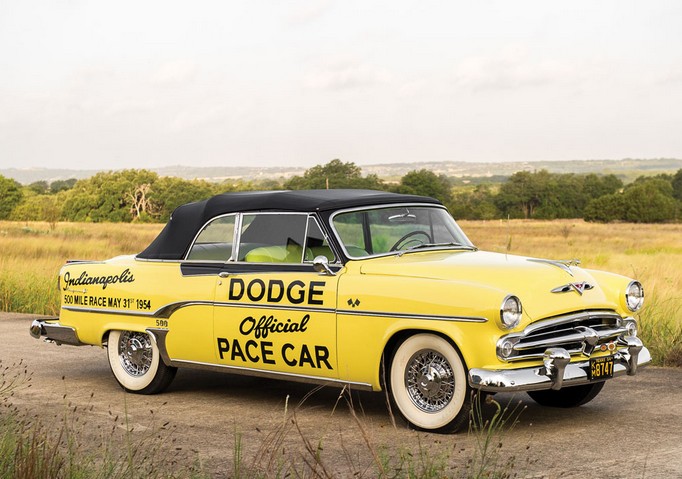 There’s a lot of cars to choose from that we could’ve featured this week. RM’s Hershey sale was chock full of rare antique automobiles and we’ve featured a number of them. But this is the last car from this sale we got to feature and I couldn’t pass it up. It’s a beauty.

It’s very striking – yellow with black graphics and top and wire wheels with whitewalls (tongue twister alert). There’s a continental kit out back as well. The Royal was a new model for Dodge in 1954, the same year of Dodge’s inaugural pacing of the Great American Race. The Royal was the top model for Dodge in ’54 and it used a 150 horsepower 4.0-liter Hemi V-8 to muscle it along.

Dodge built 701 Pace Car Edition Royal Convertibles. This car was restored by its current owners and it looks amazing. Suddenly, this rare edition has become one of my must-have 1950s American classics. Go figure. It’ll cost me between $50,000-$70,000, though. Too bad. Click here for more info and here for the rest of RM’s Hershey lineup.