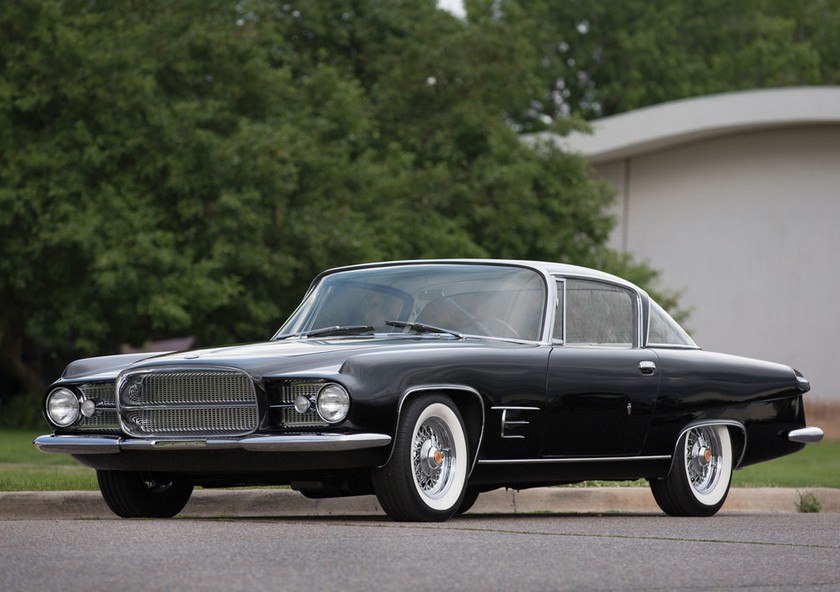 The Dual-Ghia was a car produced by Dual Motors of Detroit but actually built by Ghia in Italy… using American parts. It was one of those flash-in-a-pan type companies that built and sold something beautiful but only for a short period of time. But there was actually a second model – this lovely machine that Dual Motors sold between 1961 and 1962.

Based around similar Chrysler bits that carried the Dual-Ghia, the L6.4 is a luxury coupe that uses a 6.3-liter 383 Chrysler V-8 making 335 horsepower and was designed and built in Italy. These cars were the best of the best in 1961 – costing $13,500 when new and attracting only Hollywood’s finest. If you go to RM’s site, check out the pictures of the interior of this car – that dashboard!

This example was sold new in Switzerland – it is #9 of only 26 built. They’re gorgeous inside and out. While it’s a shame they didn’t continue building these cars, it’s probably better they came and went quickly, building something amazing in the short time they were around and leaving before they had the chance to ruin it with some piece of garbage down the line. In any event, this will turn out to be rather expensive. Check out more from RM here.