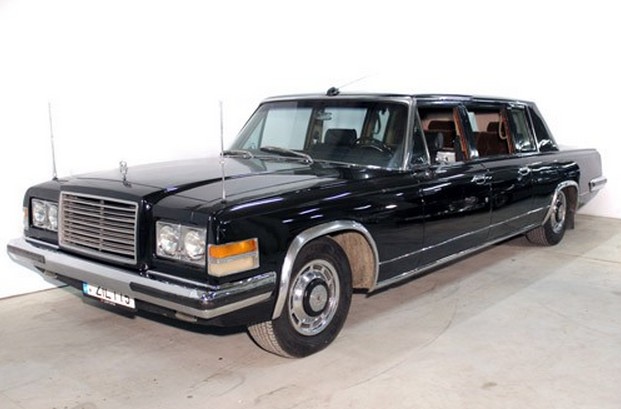 Here we go. I love when private collections are divvied up and auctioned off. Especially when it’s some obscure collection full of interesting things. In this case, it is the Stasys Brundza Collection from Lithuania. That’s right, an Eastern European collection is going under a western hammer.

What we have here is a Soviet ZiL-115 armored limousine. We’ve featured a ZiL before, but it was a military vehicle. The factory is still around, building trucks and buses today, but they previously built big limousines (either under the ZiL or, earlier, ZiS, names). The 115 was new for 1972 and this example is one of the later ones (even if it only wears chassis #57).

The engine is a 7.7-liter V-8 making 300 horsepower. Because it was armor-plated and mine-resistant, top speed was limited to a still-impressive 119 mph. They were never offered for sale to the general public – you had to be a high-ranking military or government official. Some are still in use, but this is a rare chance to acquire one for between $100,000-$125,000. Click here for more info and here for more from this sale.