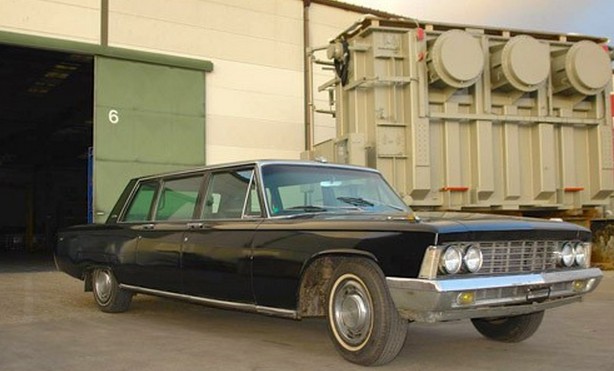 This was the biggest Soviet limousine you couldn’t buy in the 1970s. That’s right, it was reserved for top members of the communist party only. The ZiL-114 was a development of the 111, which was introduced in 1958. Designing began in 1962 but production copies didn’t appear until 1970 and production lasted through 1977 before being replaced by the 115.

The engine is a big 7.0-liter V-8 making 300 horsepower. It could do 120 mph. These old Russian cars are super interesting because they were produced in low numbers and were reserved for special people. It’s rare to see them today – especially outside of Russia.

This car is purported to have been Leonid Brezhnev’s, although there is no proof of this other than a hand-written note found in the car years ago. It is completely functional and is currently in Belgium. Only about 150 of these were ever built. You can read more here and see more from this sale here.