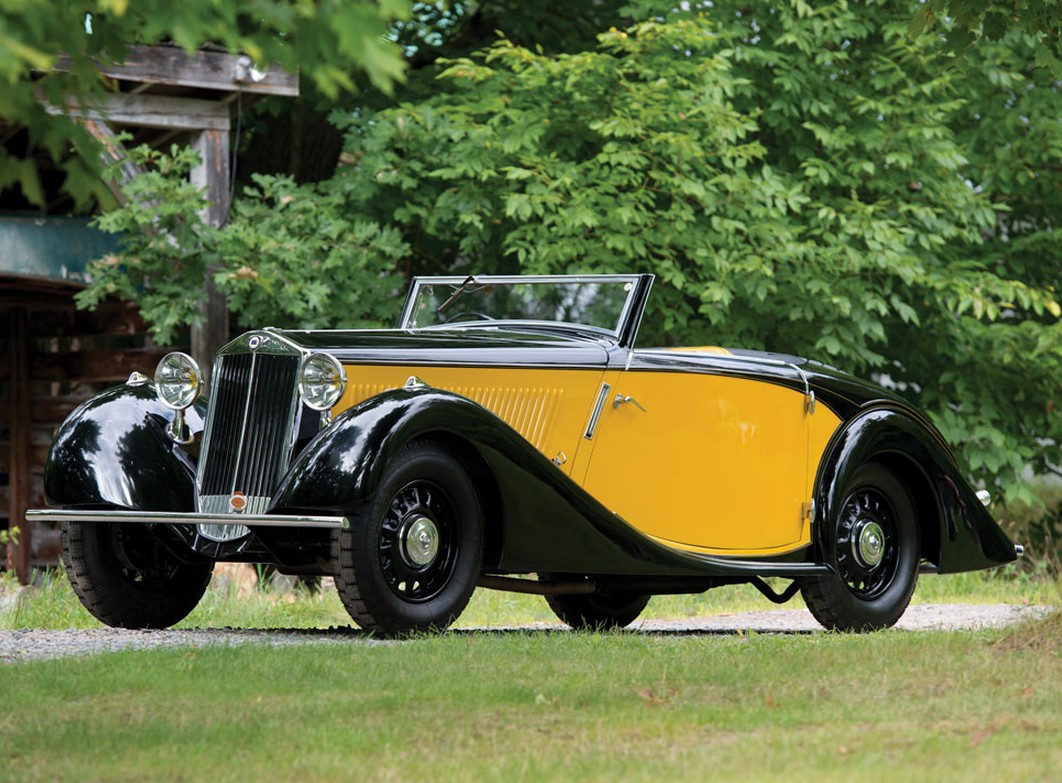 The Lancia Belna was actually built at Lancia’s first non-Italian plant in France. They opened that factory in 1931. They began producing the Lancia Augusta there in 1934, but all French-built Augustas were called “Belna” (which, strangely, translates from Hungarian to “gut”).

French coachbuilder Marcel Pourtout got his hands on a few bare chassis Belnas and built a really lovely design. This “Eclipse” car features a retractable hardtop that was designed by automotive designer and French resistance fighter Georges Paulin. The Belna is powered by a 35 horsepower 1.2-liter V-4. And it has the best tires you could get on a car from the 1930s. I don’t know what it is about those chunky treads, but they just spell awesome.

Only about 3,000 Belnas were made before production stopped in 1938. Only about 500 of those left the French factory as bare chassis and only two Pourtout Eclipse Belnas are known to exist. This is the only assembled, road-worthy example. It’s gorgeous and can be yours for between $360,000-$450,000. Click here for more info and here for more from RM in Paris.

One thought on “Lancia Belna”