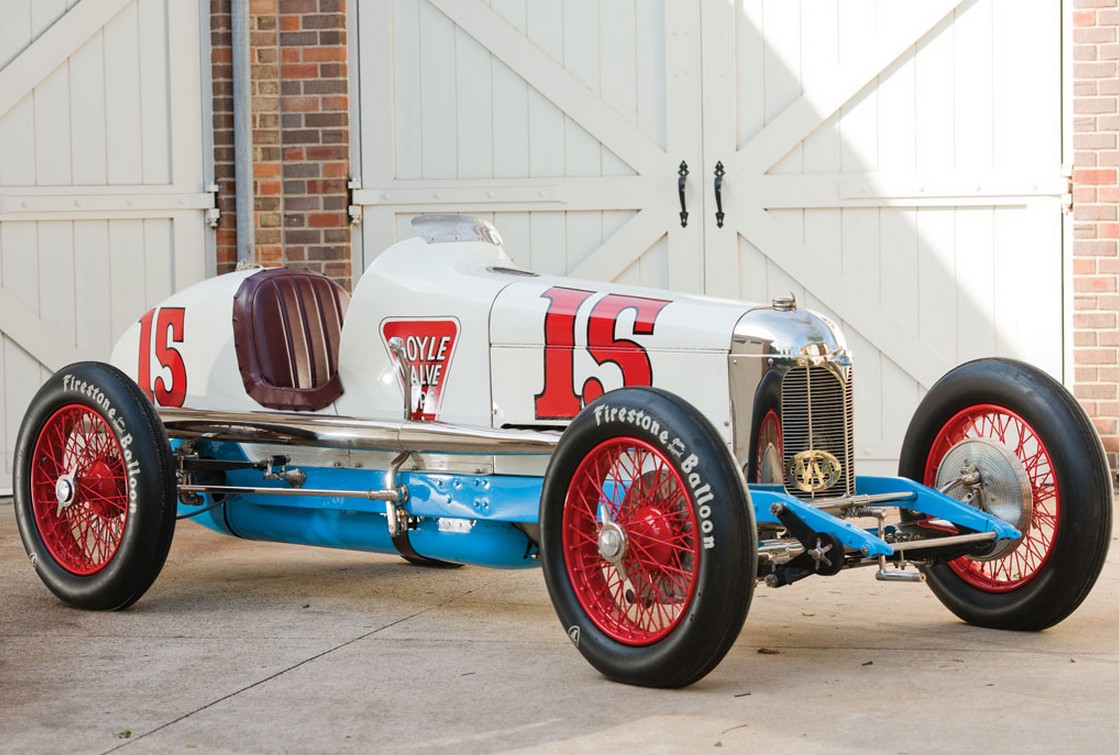 Harry Miller was a racing genius. He was inventive and his cars dominated at Indy for a couple of decades in the early years of racing there. He was one of a handful of major, early names whose sole business purpose was to build race cars. He had no intentions of building road cars. When his company went bankrupt in 1933, everything was bought up by Fred Offenhauser, whose name would appear on cars at the Brickyard into the 1980s.

The Miller 91 was designed to meet AAA’s new rule for 1926 that limited engine capacity to 91 cubic inches (1.5-liters). This car does have an original Miller 91 engine – a 1.5-liter supercharged straight-four making between 155-250 horsepower (read more at RM’s site to found out about this huge range).

Only 12 or 13 rear-wheel drive Miller 91s were built. The current owner of this car acquired an original Miller 91 chassis and went about sourcing an actual Miller 91 engine, and gearbox – two extremely rare pieces as everything was made in-house in limited numbers – perhaps only about 15.

This car was never raced in period (at least not in this form… the original chassis may have a history, but it is unknown what it was used for). These old Indy cars almost never come up for sale so this is an awesome opportunity regardless of this car’s history. It should sell for between $600,000-$750,000. Click here to see more from this sale.