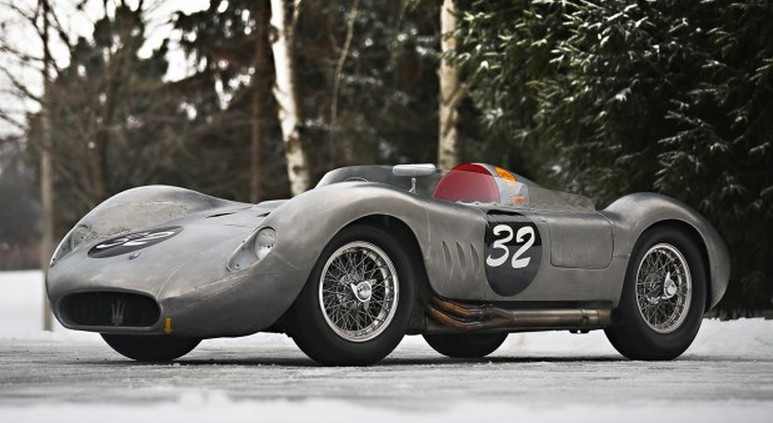 This is a special Maserati. It was the first 200S chassis produced and was a factory race car for all of its early life. At the end of 1956, the car returned to the factory to be turned into a 200 SI – which meant it now met requirements for FIA sanctioned races due to slight mechanical changes.

The engine is a 195 horsepower 2.0-liter straight-four. Immediately after transformation in SI form, it was sold to a privateer in Venezuela. Some of the highlights of this car’s competition history includes:

Look at some of those names. This car was driven by some of the world’s best. Luigi Villoresi drove this car in the final race of his career. In one race in Havana, Stirling Moss outran a more powerful, six-cylinder Maserati 300S. The car was once owned by Jim Hall, founder of Chaparral and has spent extensive time in a Japanese collection.

The car is completely operable and organizers of historic events would love to have this thing show up. Only 28 200S cars were built and the 200 SI was only built for 1957 (except for this factory development car) before being replaced by the 250S in 1958. This is an exceptional car and it won’t come cheap. Read more here and check out more from Gooding & Company in Amelia Island here.