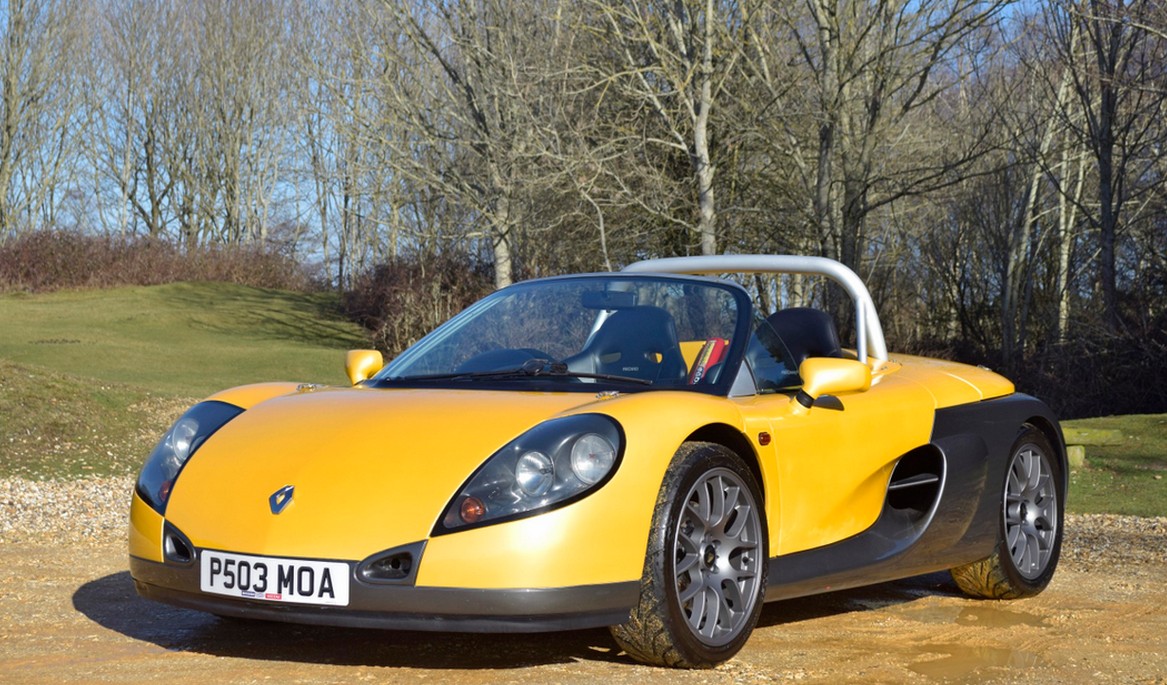 Renault isn’t really a company known for their sports cars. In the 1980s, they had the 5 Turbo, one of the hottest of hatches of the era. In the 1990s, Renault decided they needed a vehicle that would draw attention to their brand. So they turned to their in-house sporting division, Renault Sport (a division that traces its roots back to Alpine and Gordini), to build one.

The Spider went on sale in 1996 and was discontinued in the 1998 model year. They were powered by a mid-rear-mounted 2.0-liter straight-four making 148 horsepower. Renault also hosted a one-make racing series for these cars that lasted from 1995 through 1999.

This car is a 1990s classic. It’s one of the more unique vehicles produced by any major manufacturer during the decade and will be always be collectible for both its one-of-a-kind styling and rareness. Only 1,635 were built and this is one of only 60 right-hand drive examples. It should sell for between $27,000-$33,000. Click here for more info and here for more from this sale.