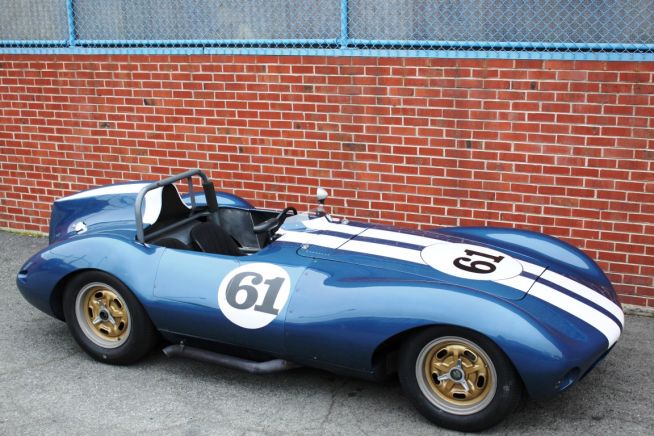 Ah, the great American road-racing specials of the 1950s – the golden era of American road racing. The Hagemann-Sutton Special was one such car. It was built by Jack Hagemann in California at the request of a racer named Wally Taylor who was unable to secure a brand new Scarab.

Hagemann started building the car, but Taylor couldn’t afford to complete it. So he had and a chassis and engine. It wasn’t until 1978 that he would acquire a body – one built in the 1950s by Jack Sutton. It was originally fitted to a customized Talbot-Lago. In the 1980s, the chassis, body, and engine combination found their way to another racer, Butch Gilbert, who restored the car in 2005.

The original 283 Chevy V-8 was bored and stroked to 5.4-liters. It’s a great car to take vintage racing and to the Monterey Historics in particular. It is for sale for $650,000. Click here for more info.