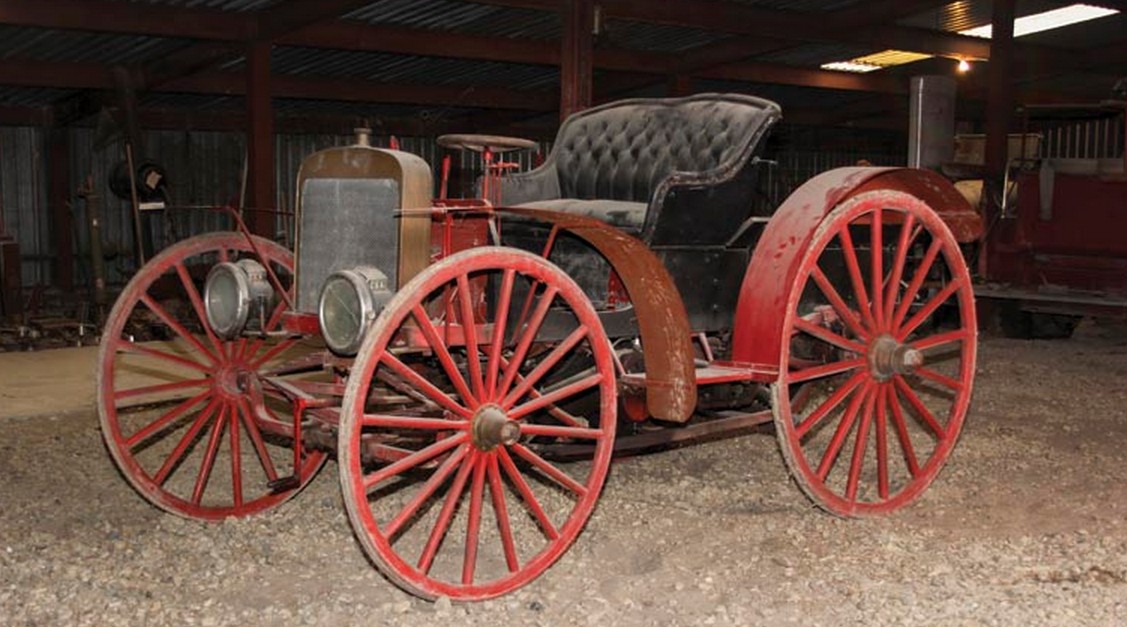 The 1902 Rattler (which, let’s be honest, makes it sound like it wasn’t put together all that well) is a mystery. No one really knows where it was built, nor who built it. It is one of many such one-off prototype cars built by men who wanted to get into this new automobile industry around the turn of the century. But it didn’t work out. Not for the Rattler, or numerous other early one-offs built.

But unlike many, the Rattler survived. Its setup is much like that of other early high-wheelers: large, wooden wagon-like wheels with a buggy-style body and an engine located under the seat. This probably isn’t a runner or driver, having spent many, many years in a museum. But it is original and complete.