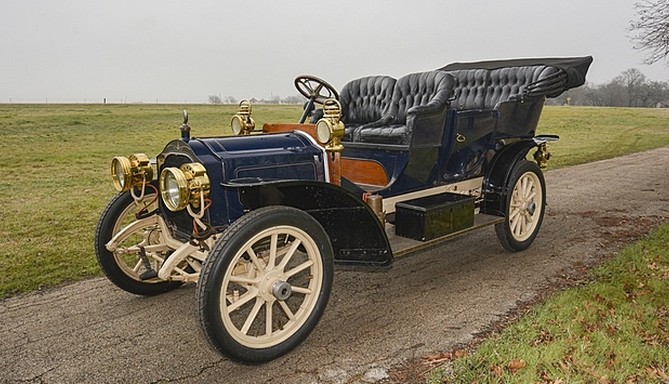 For 1906 produced a single model called the Model S and it was only offered in that 1906. The Model S was a step forward for Packard, who, up to this point, had been sort of building a slightly reworked version of the same car year after year.

It is powered by a 5.7-liter straight-four rated at 24 HP but actually produces somewhere in the neighborhood of 40-50 horsepower. Because of its initial rating, the Model S was sometimes referred to as the Model 24. It was offered in five body styles with this Touring example being the least expensive at $4,000 – in 1906. So it was still pretty rich.

Packard only sold 728 cars for 1906 and only three are known to exist. This one spent 20 years in the Harrah Collection before joining the collection from which it is being offered in 1991. It is the 22nd oldest Packard known to exist and it is a multi-hundred thousand dollar car. Click here for more info and here for more from this sale.