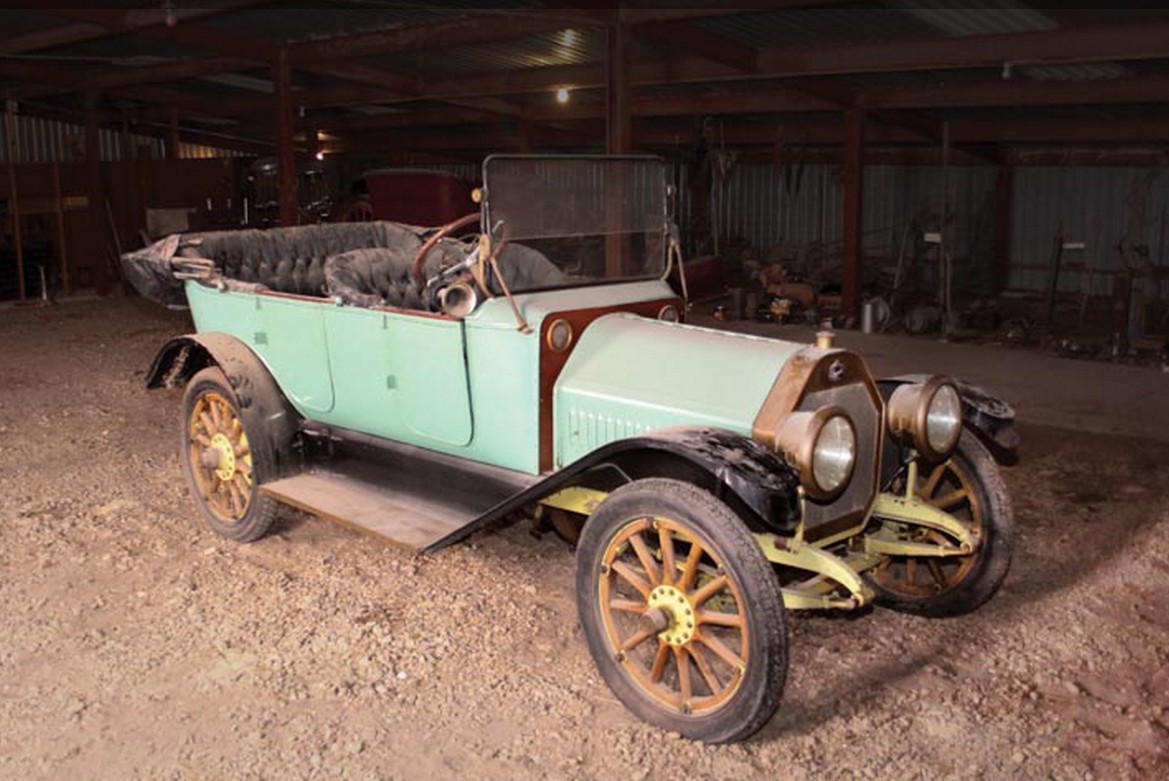 The Imperial Automobile Company was founded by brothers T.A. and George N. Campbell – owners of the Jackson Carriage Company in Jackson, Michigan. They undertook automobile production in 1908, offering four-cylinder touring cars and roadsters from the start.

The Model 34 was built from 1912 through 1914. It uses a four-cylinder engine making 40 horsepower. In 1912, the Model 34 was only offered in the Five-Passenger Semi-Torpedo Touring body style you see here. The Campbell brothers sold out in 1914, merging their company with Marion. But the Imperial name was gone after 1916 (although Chrysler would use it in an unrelated manner years later).

This car was in collections as far back as the 1950s and spent a long time in a museum. It is offered “barn fresh” from said dissipated museum. It’s a large, sturdy touring car that would be a lot of fun if fixed up. It is expected to bring between $40,000-$60,000. Click here for more info and here for more from this sale.