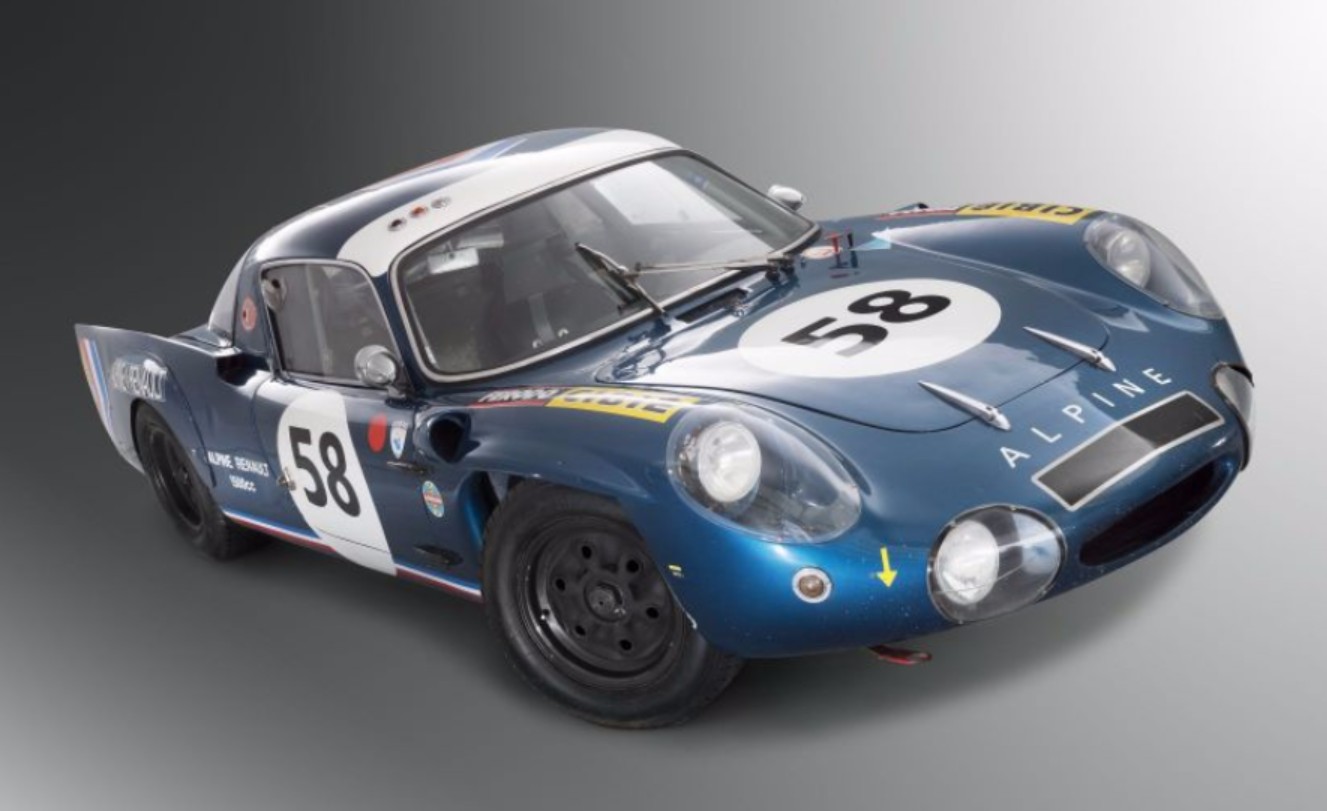 Alpine, the sports and racing car manufacturer, is best known for some of its road-going models, namely the A110. The company, which goes back to 1955, is now part of Renault and the marque is dormant.

Alpine also had a very long history of racing cars. New Alpine-branded racing cars have seen the track as recent as 2014. But if you go back to the 1960s, the company was intent on conquering the 24 Hours of Le Mans. They built a string of evolutionary racing cars for Le Mans, starting with the M63 in 1963.

This was the first A210 built (of seven total). There were at least three different engines used in this model. This car has had different engines over the years and is currently fitted with a 1.5-liter straight-four.

This car is eligible (and has taken part in) many historic races, including the Le Mans Classic. It should sell for between $325,000-$550,000. Click here for more info and here for more from Artcurial.