I was recently invited into an old garage that the new owner has been cleaning up for some time. The story is a couple of guys bought it in the late 1950s and began just piling old cars (sometimes in pieces) in a two-level garage near Cincinnati. It was one of many properties they had. When the owner of this place passed, a car guy from a new generation bought it and everything in it. He’s been clearing it out, selling some stuff but keeping the interesting bits.

The former owner once worked at a Packard dealership and when it closed he ended up with the leftover stock. One of the most interesting finds in the basement of the garage were these NOS Packard bits: 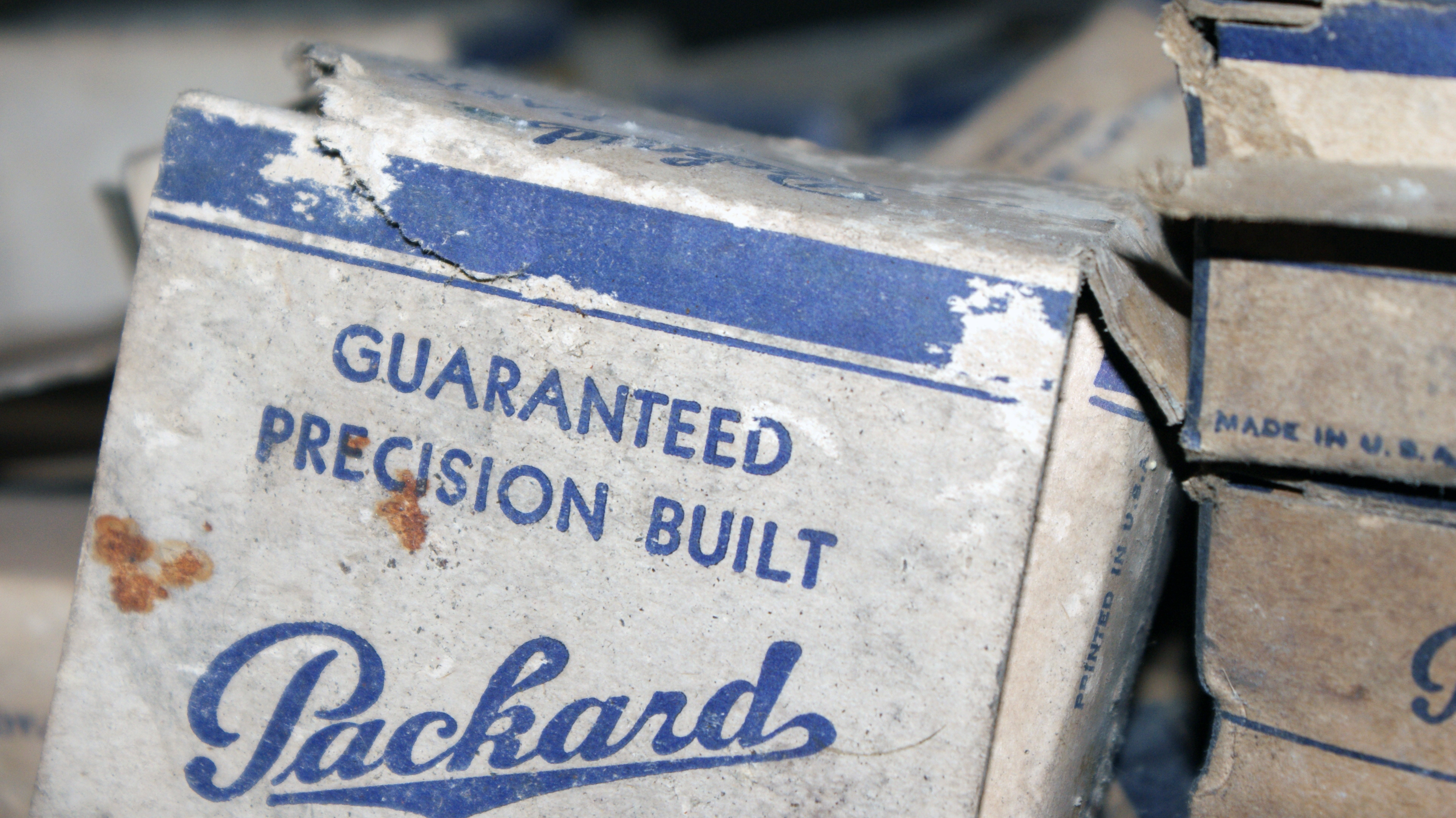 The boxes might look worn, but this stuff was never used.

There were shelves and shelves of parts including even more Packard parts that may have been 60+ years old but had never been used: 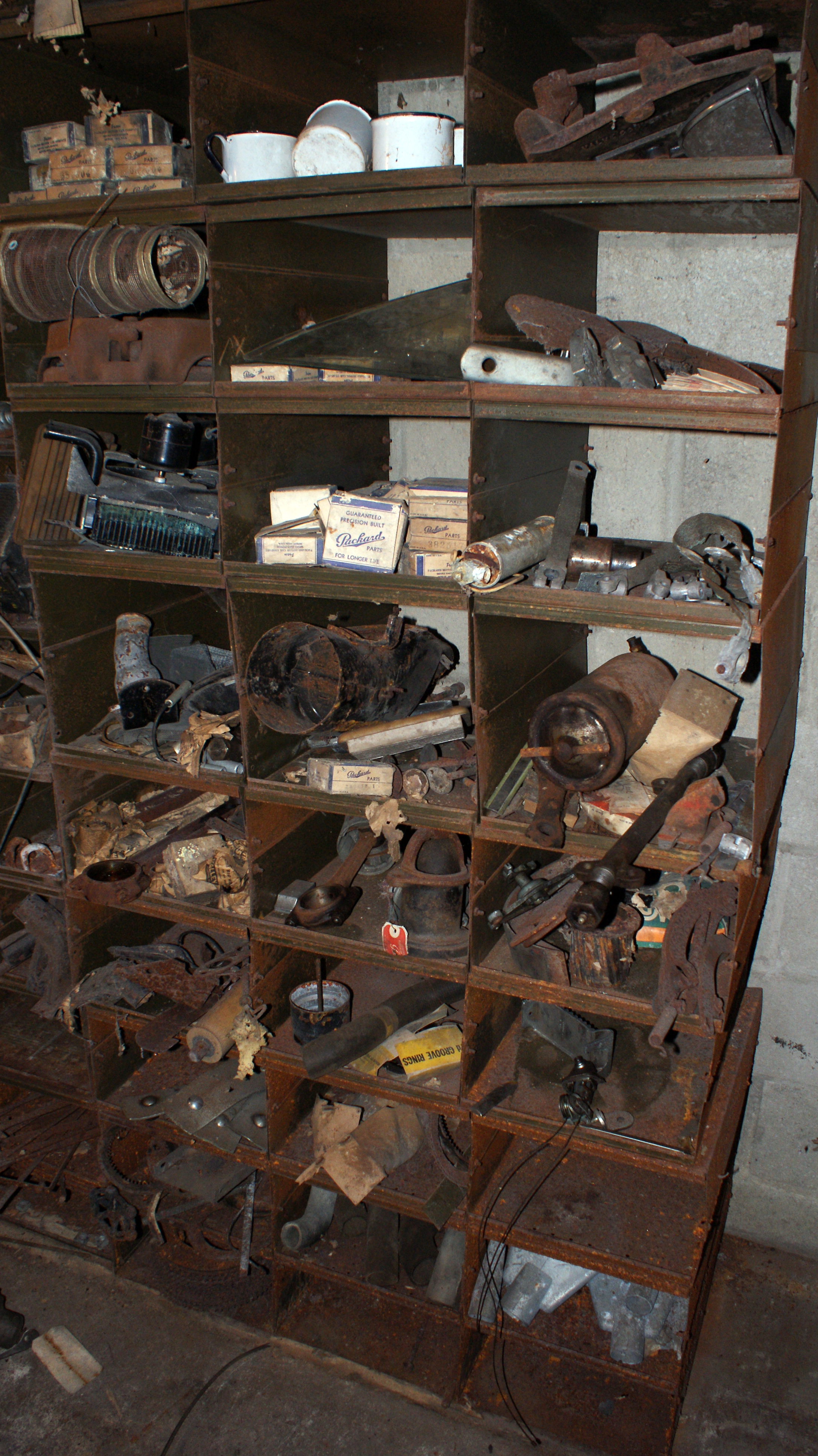 This was one of a few shelves of newly organized parts

There was actually an entire pre-war Lincoln chassis hanging from the ceiling and a bunch of Lincoln parts in the basement: 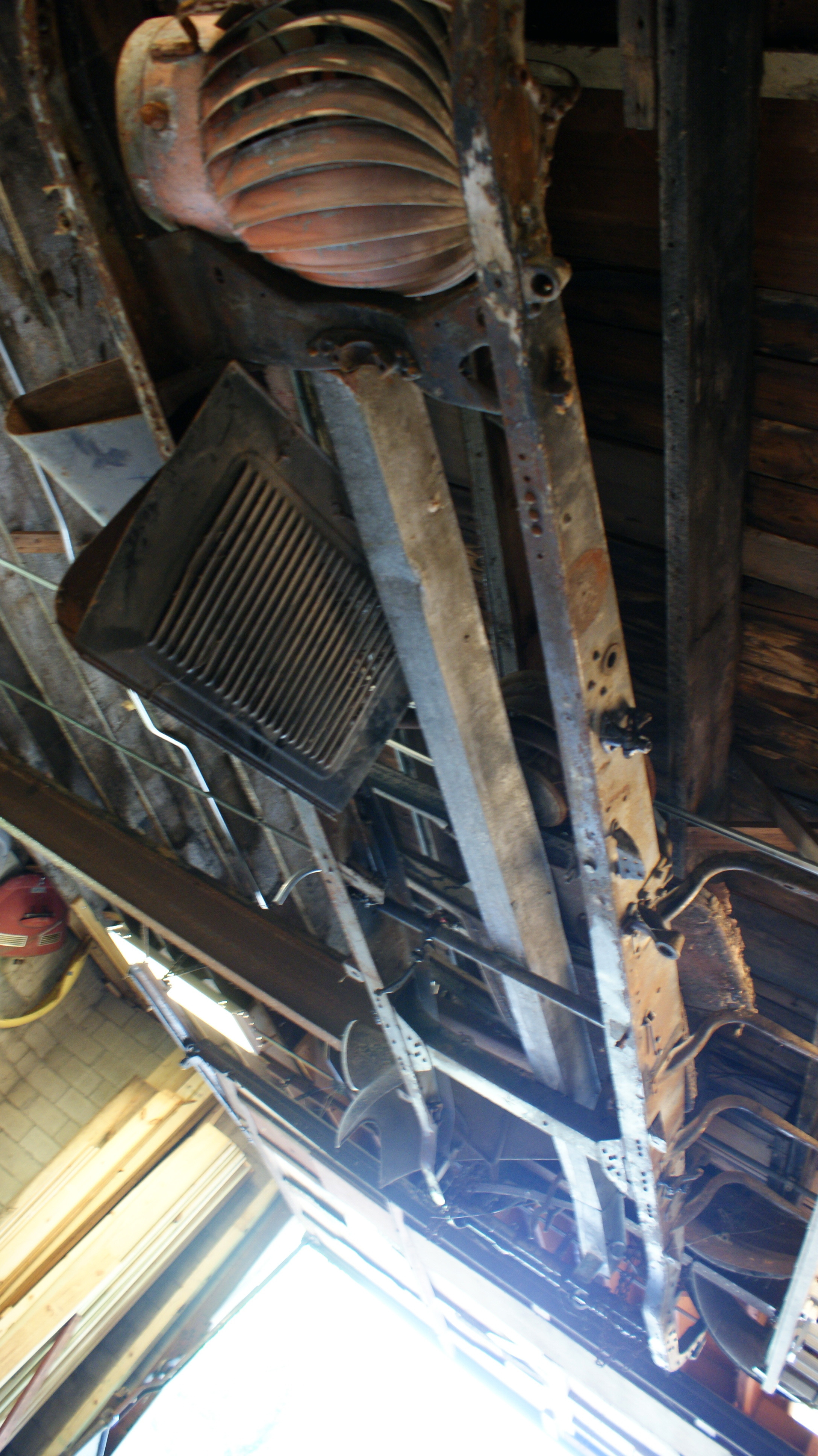 That’s a big Lincoln chassis… strapped to the ceiling. There’s some nice Pierce-Arrow fenders and doors up there too.

There was an old box in the basement full of papers and some digging returned cool finds: 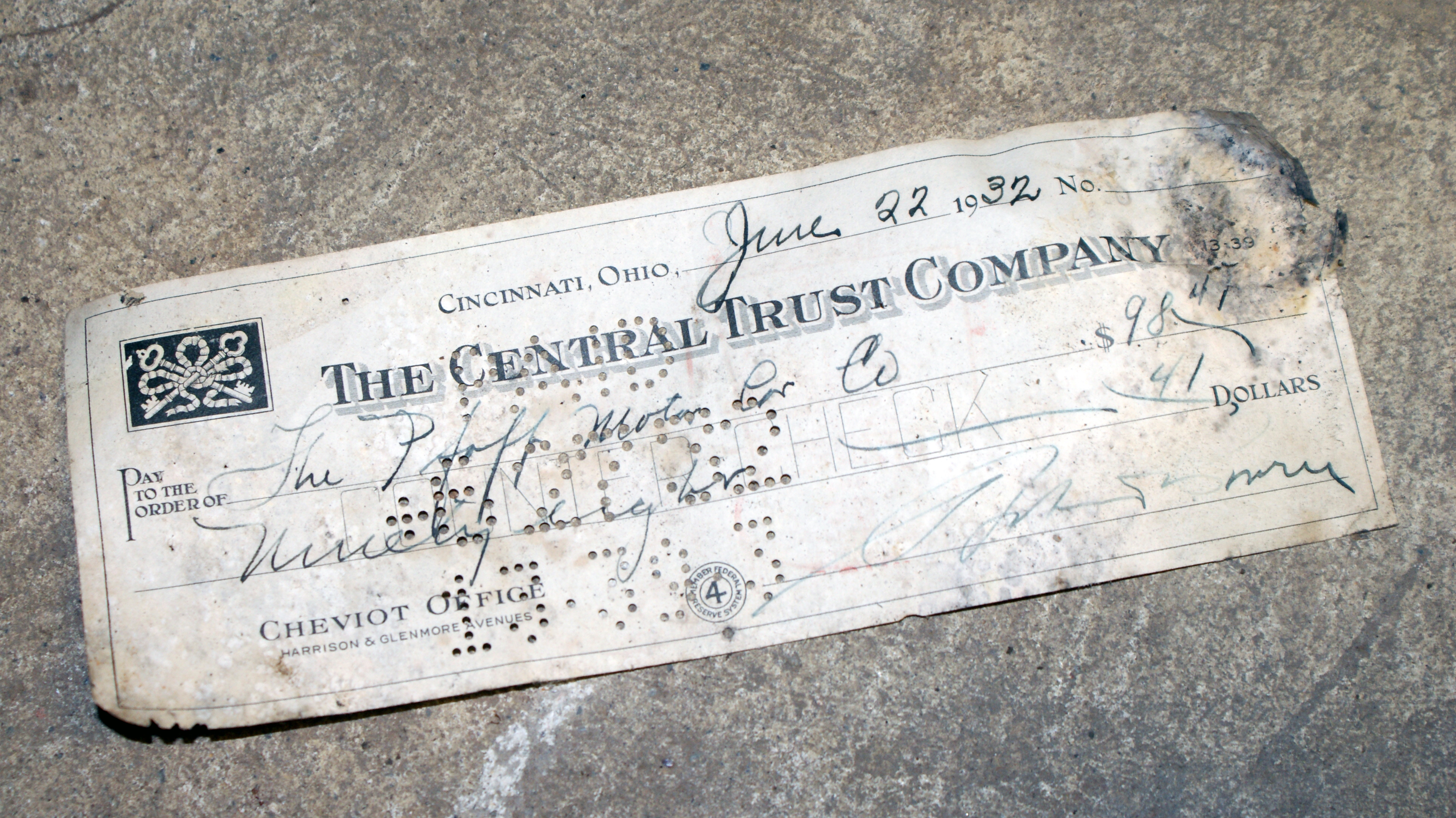 A small advertisement on the back of an order sheet for radiator repairs in the 1930s. 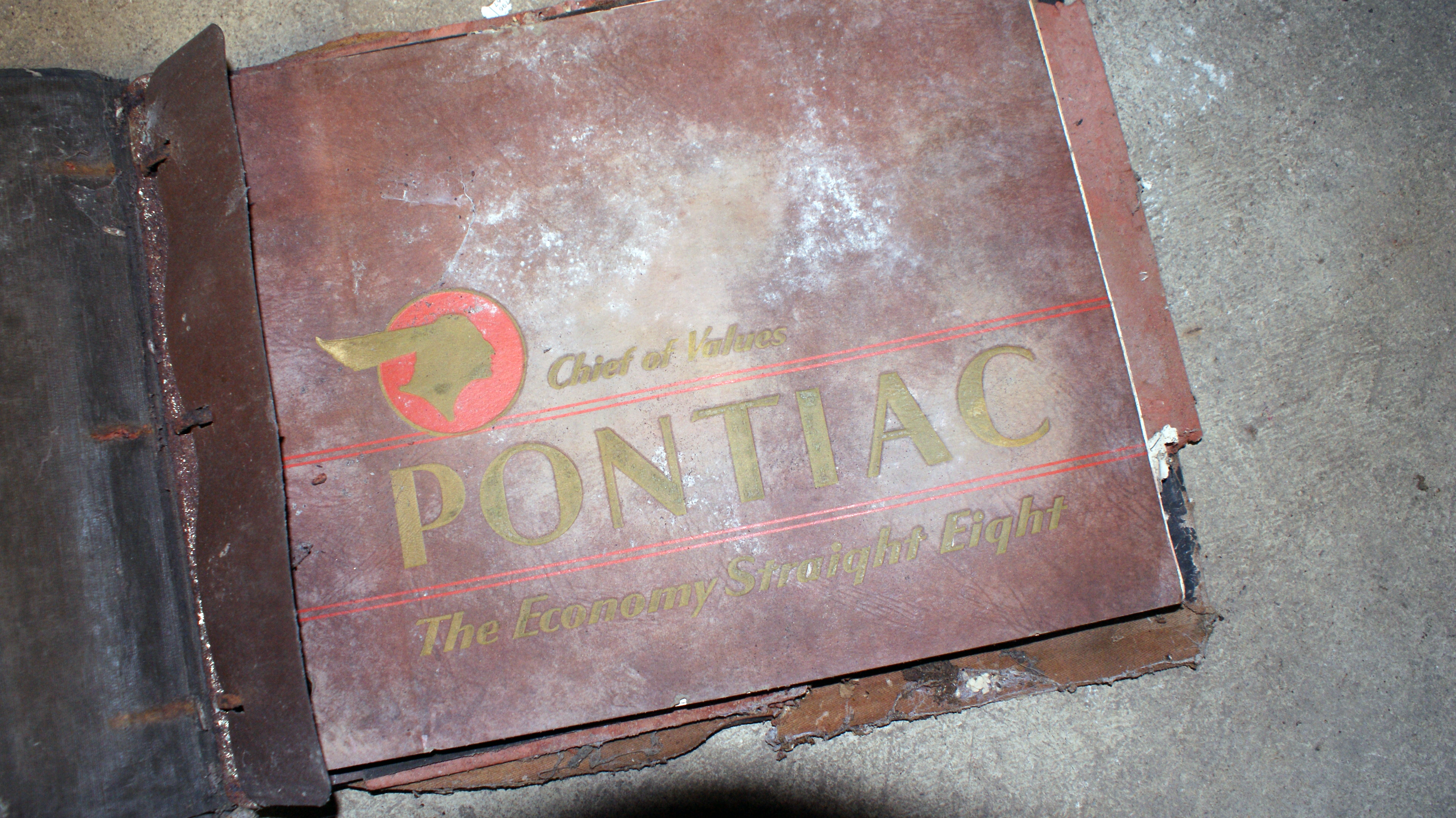 This thick leather-bound book featured some Pontiac sales literature that appeared to be from around 1940.

What’s fascinating about this sort of place is that they are becoming harder and harder to find. It’s not often you unearth a treasure trove of old car stuff. And even though this one has been cleaned and straightened, it’s still really interesting.

And check this out, hanging on the wall is the body (body number attached) from a Maxwell. The Selden tag is still affixed, dating it to pre-1911. 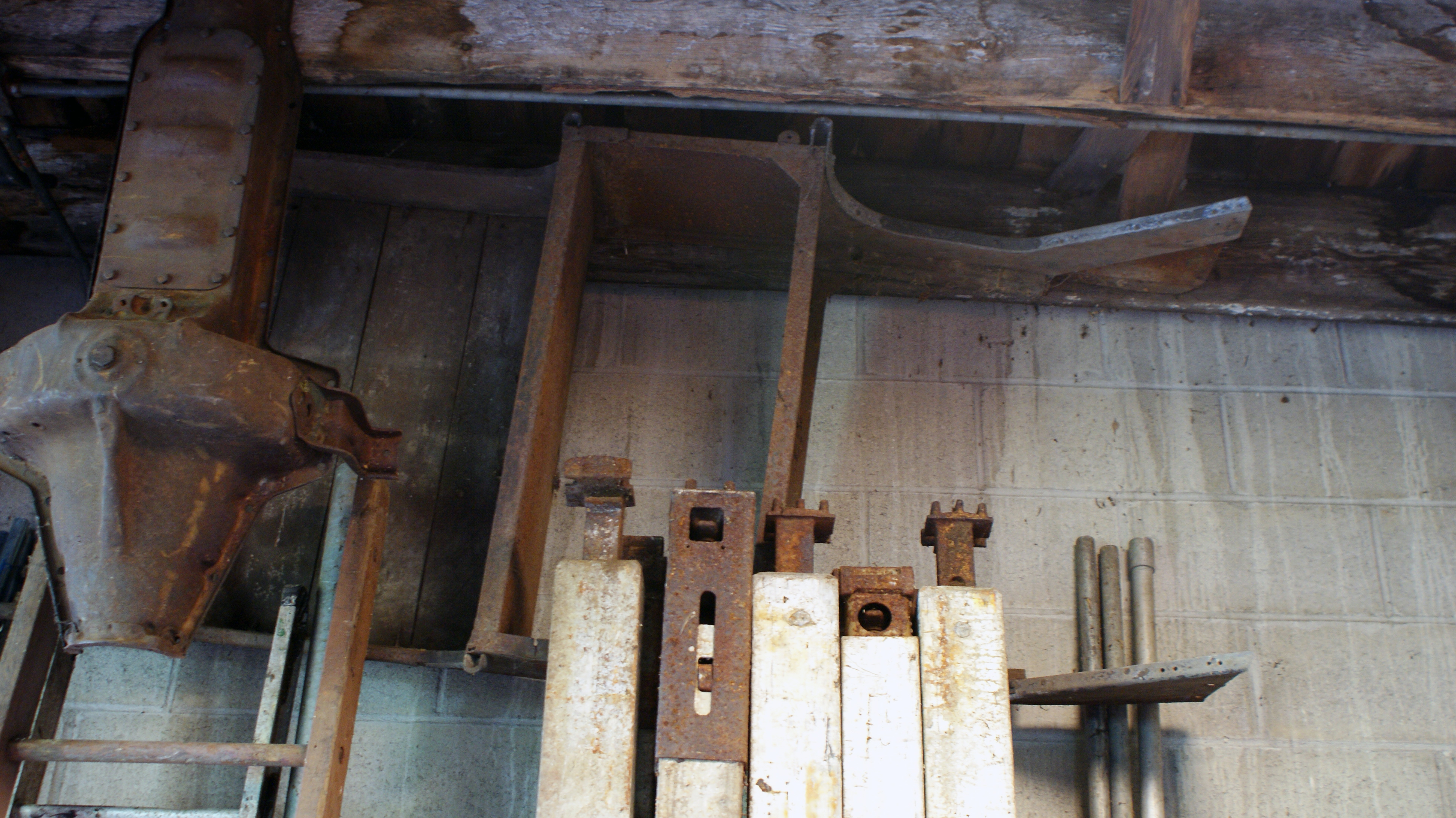 It doesn’t look like much, but that’s a piece of history.

The new owner is a lucky guy and for those of us that share the interest in the history of the automobile, it’s an interesting place. I was lucky enough to be invited in and I thank him for his hospitality. This just goes to show you never know what is hiding in that nondescript building down the street and that there is hidden treasure all around you. I’m going to try and seek out more. And hopefully someday, someone will rescue that Lincoln chassis and the rest of the parts and get it back on the road.