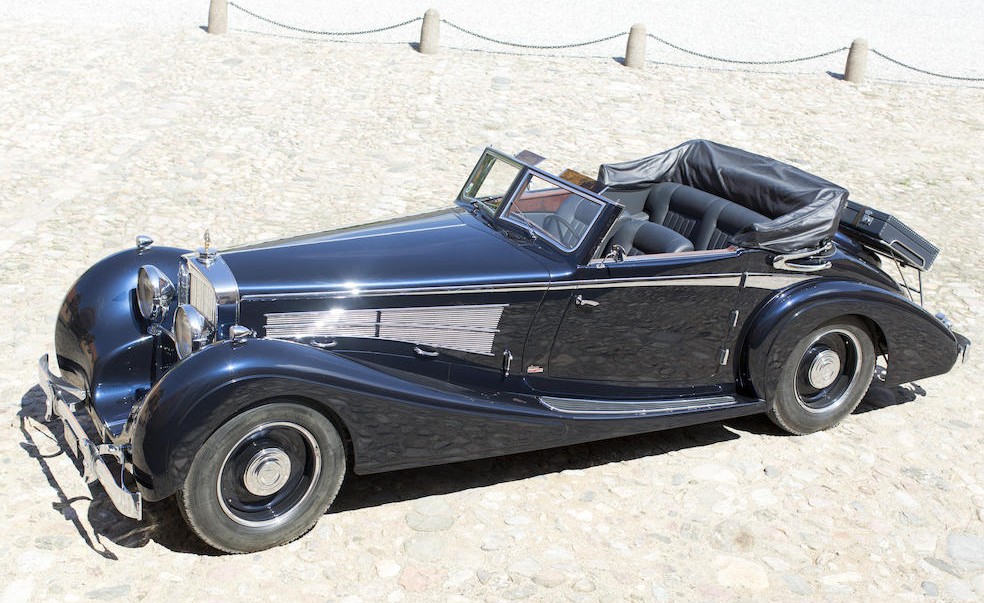 Wilhelm Maybach should be one of everybody’s automotive heroes. The quality of the engineering of his work is incredible. Born in 1846, he worked closely with Gottlieb Daimler in the late 1800s and his engines were in the first Mercedes car. He would later built giant Zeppelin engines for airships before building the cars that bore his name – some of the greatest automobiles ever built.

The Maybach Zeppelin line of cars were introduced in 1928. The DS-8 form was new for 1930 and built through 1938. The engine is a large 7.9-liter V-12  making 200 horsepower. It’s a powerful car for its day and the Zeppelin was the first German car with a V-12. This car features a very ahead of its time eight-speed manual transmission.

This car originally was a seven-passenger convertible limousine for heads of state. In fact, it was gifted on behalf of Adolf Hitler to a Maharajah in India. It eventually made its way back to Switzerland and was sold in 1997 to a German Maybach collector who had the state body removed and this cabriolet specially built. It’s based on a design by Spohn that they never actually built. The restoration was completed in 2005.