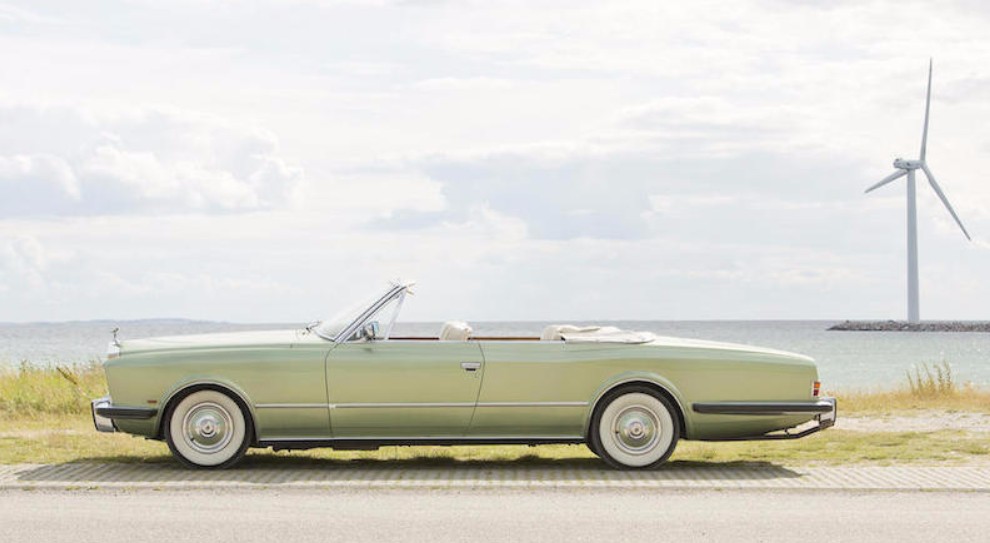 The Rolls-Royce Phantom VI replaced the Phantom V (obviously). It was introduced in 1968 and lasted, ludicrously, through 1990. They were exclusive sedans and limousines favored by the likes of Queen Elizabeth II. A couple of hearses were also constructed and there were two convertibles built by Frua. One has four doors, making this the only two-door Phantom VI built.

It was designed by Pietro Frua for a Swiss diplomat for use in Switzerland and Monaco. In fact, he kept the car until 1997. It had one other owner before the current owner acquired it. It is powered by a 6.2-liter V-8 and power was “adequate.” Just look at the thing – it’s enormous. The car is over 19 feet long. It’s almost a foot longer than a ’59 Cadillac convertible. It’s one of the biggest two-door convertibles ever built.

And it is opulent. The interior has been aggressively nitpicked to the slightest detail from the leather-lined carpet to the owner’s initials on the horn. You really should see this thing from every angle, including the opposing opening hood. You can find more pictures here. It is expected to sell for between $300,000-$390,000. Click here for more from this sale.