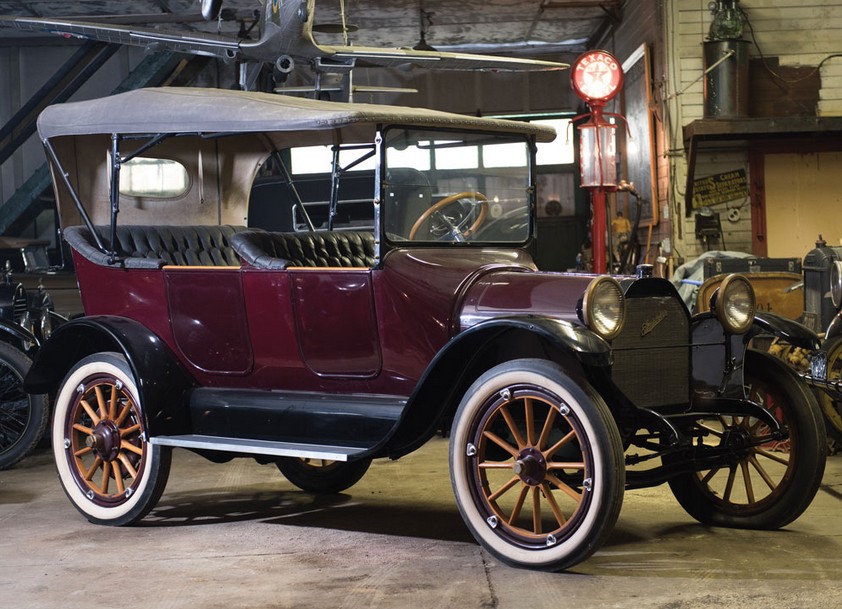 Studebaker was one of America’s great companies. With roots back to the 1850s, the company adapted and lasted through 1967 when times just got too rough. But back in earlier, happier days, their products were sought-after by the masses. And that’s why I like this car so much. If you’ve ever seen footage shot in a big city, like New York, sometime around 1920, give or take, you may have noticed the abundance of automobiles swarming the streets. And they all look more or less the same from a distance. Quite a large number of them are probably Model T Fords. But then you have to realize that some of them are very rare cars today.

This Studebaker looks like it could’ve been used in an episode of Boardwalk Empire or something. It’s generic enough without being too generic. This was an everyday car. And that’s why it’s so interesting. The SD-4 was powered by a 3.2-liter straight-four making 30 horsepower. Studebaker’s four-cylinder model was renamed with every year, so the SD-4 was for 1915 only. It was available as a two-passenger Roadster or a this four-passenger Touring. You know this was somebody’s family sedan – 100 years ago. Think of the stories… and check out more here from RM.