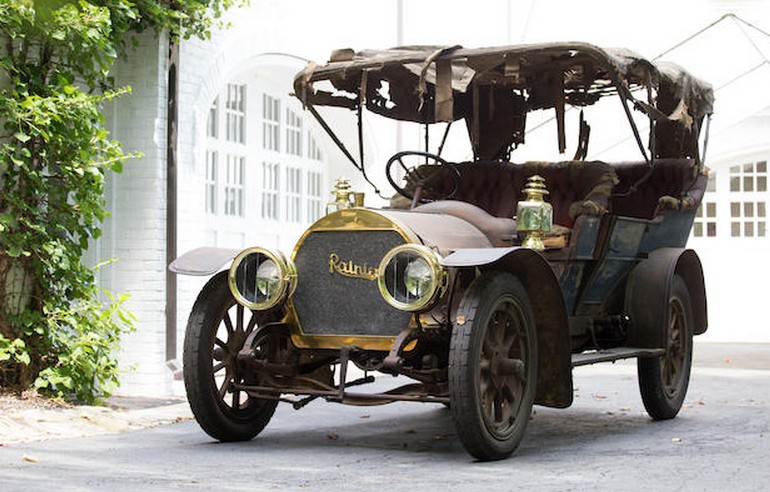 Do you find this car to be in terrible shape or in great shape? I guess that’s a matter of perspective. It’s almost 110 years old and although it doesn’t currently run or drive, getting it to that point would win you awards in any preservation class anywhere. Rainier (originally of Flushing, New York, later of Saginaw, Michigan) built cars from 1905 through 1911. It was short-lived, for sure, but the cars were big – and powerful.