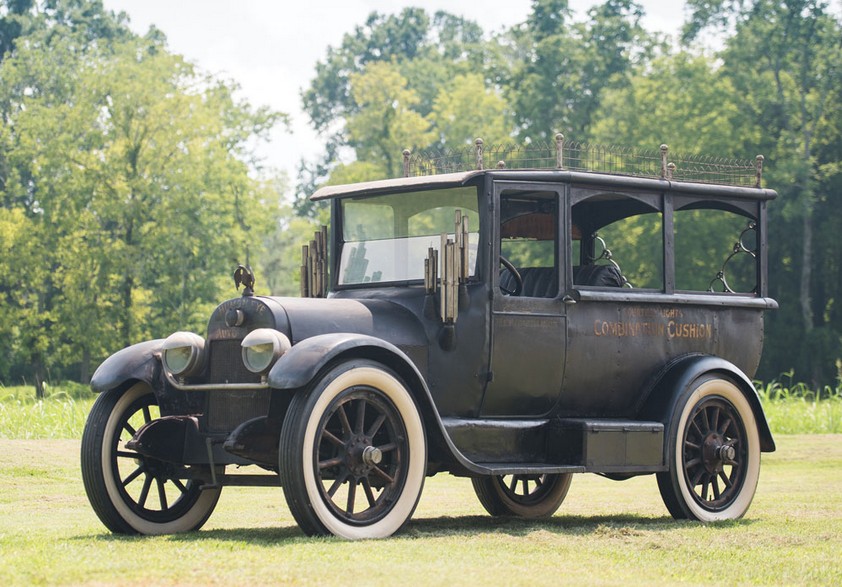 The Case automobile was produced by the same company that made agricultural equipment in Racine, Wisconsin, between 1911 and 1927. The 1914 Case Model 35 was only offered as a five-passenger touring car. This is obviously not one of those. John Dorton was an inventor and salesman from Kansas. He invented the Human Eye Auto Lamp, a kind of headlight that steers with the car. This was his demonstrator vehicle.

It’s fitted with a bunch of other one-off features including a steam organ that could be operated from the driver’s seat. It’s a really interesting one-of-a-kind truck and is powered by a 35 horsepower 5.1-liter straight-four. It should sell for between $75,000-$125,000. Click here for more info. It’s really worth checking out.