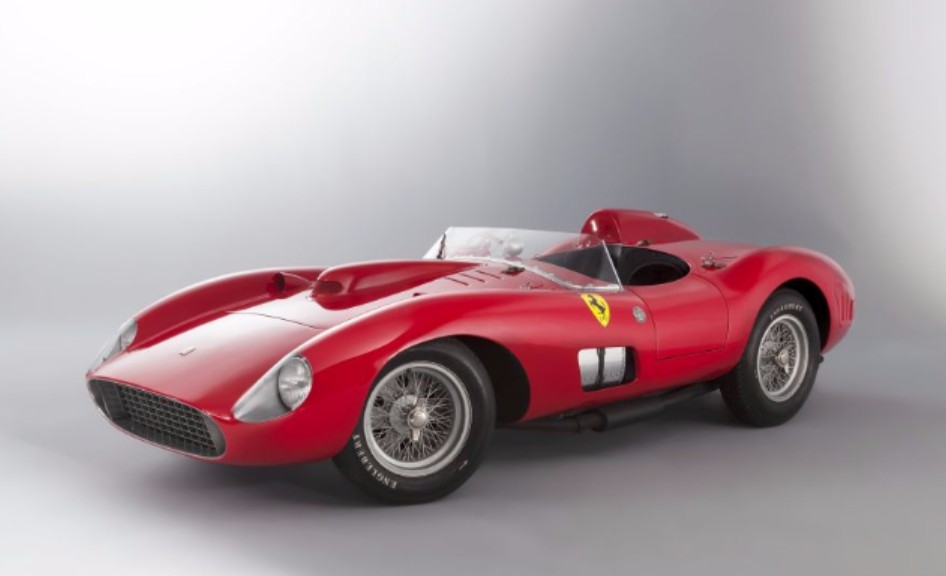 What you’re looking at could be the second-most expensive car ever sold at auction. This rare Ferrari racer is just one of four made and carries a pre-sale estimate between $30,315,000-$34,650,000. That is some serious dough. But we’re getting ahead of ourselves…

This car began life as a 315 S and in that form competed in two races:

After the 1957 Mille Miglia (which was marred by the accident of Alfonso de Portago in a different Ferrari 335 S that killed nine people, including de Portago), this car was upgraded to the 4-liter engine it currently has, bringing it to 335 S specification. It’s factory competition history continued:

After this, back to the factory it went for damage repair. Slight modifications were made to add a more “pontoon-fendered” look to it (like the 250 Testa Rossa). Then it was back to the circuit:

Those last two races were in privateer hands, once the car had been sold by Ferrari to Luigi Chinetti. It was restored in 1981 and the original nose configuration was put back on the car (although the pontoon-nose was kept as well). This car has been with the same owner since 1970 and a 335 S is not a car you will likely see at auction for years to come. Click here for more info and here for more from this sale.