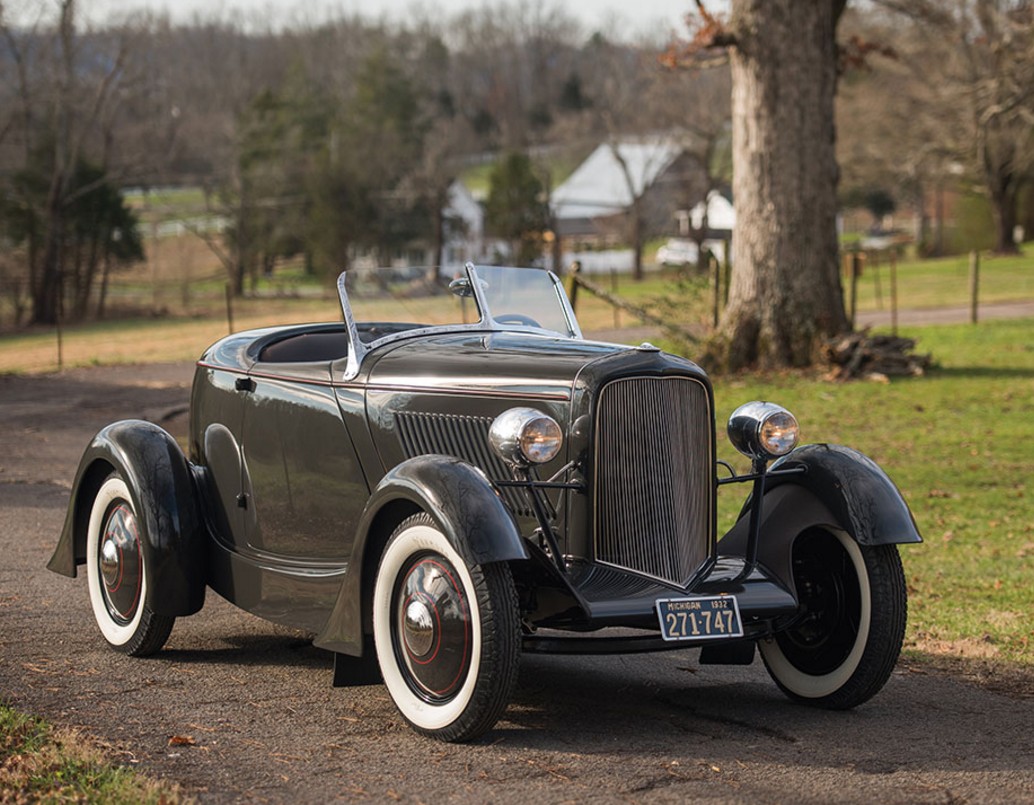 Edsel Ford was Henry’s son and he ran FoMoCo until he died in 1943. While Henry was a penny-pincher, Edsel liked style and design (see: the Lincoln-Zephyr). Edsel opened Ford’s first styling department in 1935 and it was headed by Bob Gregorie. Gregorie, who used to work for Harley Earl and Brewster, first worked with Edsel a few years earlier when they co-designed a Speedster – this car.

It’s an aluminium-bodied boattail speedster that Edsel had modeled after European sports cars of the day. But it wasn’t racy enough, so he sold it and they built another one. This car was wrecked long ago and for a long time, thought lost. Someone in Connecticut had it for 50 years before they figured out what it was.

The current owner acquired it and restored it to how it looked when it was first built, matching the color to an original spot of paint found on some of the original body panels. Three custom Speedsters were built by Edsel and Gregorie. This was the first. The second is on display at the Ford property in Grosse Pointe and the third remains missing. This is the only one you’ll ever be able to buy. Good luck, the price should skyrocket quickly. Click here for more info and here for more from this sale.