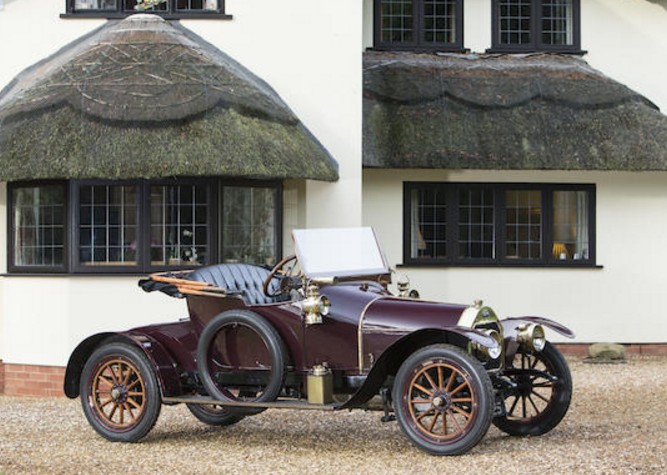 Doriot, Flandrin & Parant, based in Courbevoie, was a French automaker that was around between 1908 and 1926. From 1906 until 1908, the company was simply known as Doriot-Flandrin. When Jules-René Parant came on board and the company took off.

The 10/12 was produced between 1911 and 1914 and is powered by a 1.6-liter straight-four. It was the smallest car the company offered at the time. DFP exported some cars to the U.K. where the official importer was none other than brothers Horace and Walter Owen Bentley.

The Bentleys were responsible for finishing the cars – getting bodies made, etc. W.O. Bentley tuned some of them and entered them into competition events like hillclimbs and speed trials. This car was actually used by the Bentleys and was later purchased by a museum. The engine has been rebuilt and other bits restored. It is usable and is noted as being the “Oldest car in the world with a Bentley plate.” It’s sort of a part of Bentley history and you can read more about it here. It should sell for between $63,000-$91,000. Click here for more from this sale.

One thought on “Bentley-owned DFP Sports”