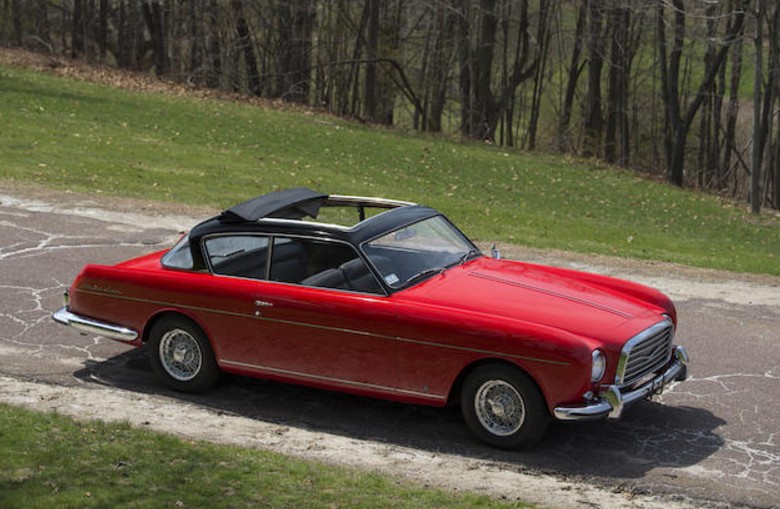 Bill Frick found his automotive niche prepping and modifying race cars in the 1950s and 60s. He worked in NASCAR and had his own shop in New York. Before the War, Frick got his start swapping engines and he returned to his origins in the 50s when Cadillac introduced a new V-8.

In 1953 Frick created a car called the “Studillac” which had a Cadillac V-8 stuffed into a 1953 Studebaker. He got the car bodied by Vignale and set up shop to offer them for sale. But ultimately only three were built – the original “Studillac” prototype, a convertible and this coupe.

The engine is a 5.4-liter Cadillac V-8 making a very solid 270 horsepower. The body, designed by Michelotti and built by Vignale, resembles other Vignale cars of the era, specifically those from Ferrari. This car cost $9,000 when new and was first sold in Michigan.

The current owner acquired it in 1989 and the car is all original (though, it has been repainted). It has a tick over 40,000 miles and known ownership history from new. It’s the only one like it and should bring between $180,000-$220,000. Click here for more info and here for more from this sale.