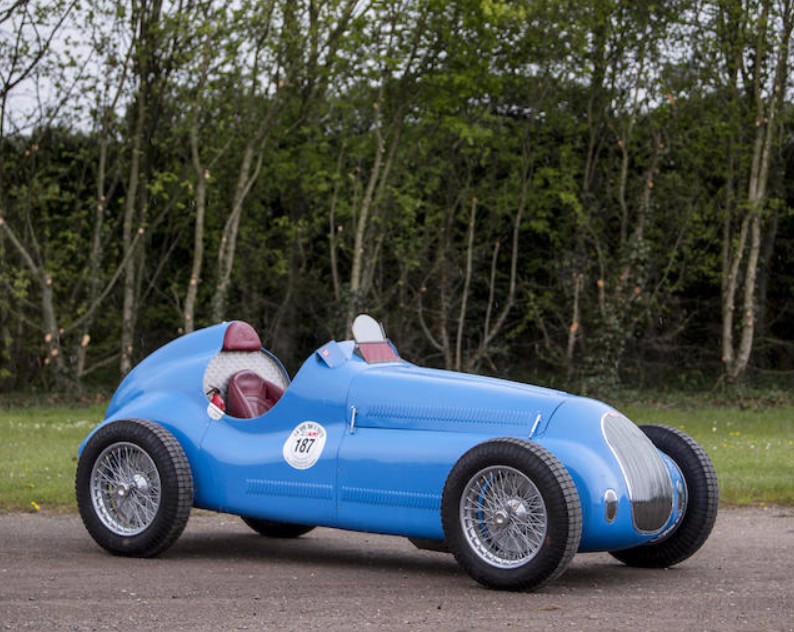 The most collectible Bugattis were built prior to the outbreak of World War II. But some of the rarest Bugattis were produced after the war. Ettore Bugatti had been planning to produce a Type 73 road car and racing car once the war ended. But it never really made it past the prototype stage – mainly because Ettore died in 1947 (but also because of the economic climate in France right after WWII).

Bugatti managed to show a chassis/body Type 73 at the 1947 Paris Motor Show. Five chassis were built, only one of which was ever bodied by the factory. At least three engines were also built. Those engines were supercharged 1.5-liter straight-fours. When Ettore died, the cars were disassembled and put into storage.

A Belgian Bugatti dealer bought two of them, had them bodied, and sold them off. All five cars still exist, with this being #4. It was bought from the factory in the 1960s and the current owner got his hands on it in 1985. The engine is not original as it was damaged (but the original is supplied with the car). One other Type 73 is a “C” Grand Prix Monoposto. All of them are tiny, and this one could be eligible for historic events. It should bring between $390,000-$460,000. Click here for more info and here for more from Bonhams in Goodwood.