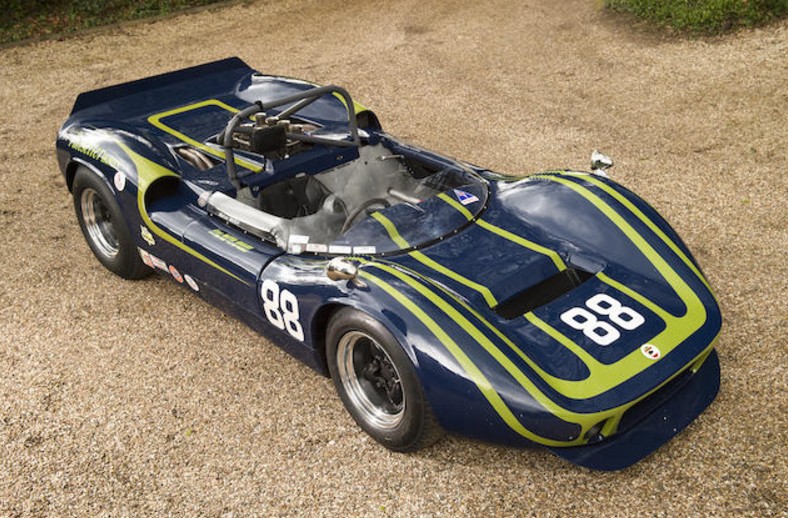 McLaren has been around since 1963, having entered their first Formula One race in 1966. Today, the company is primarily known for their Formula One team and exotic sports cars. But back in the 1960s and 70s, they built sports prototype race cars for the Can-Am series. Cars like this M1B.

The first Can-Am season was 1966 and McLaren offered customer versions of this car, available with V-8 engines from Ford, Oldsmobile, or Chevrolet. This car carries the latter. It was sold to an American (and in the U.S., these were marketed as the McLaren-Elva Mark 2 as Elva built McLaren’s Group 7 customer cars).

The 1966 season highlight for this car was a 5th place finish at Laguna Seca with Masten Gregory at the wheel (he ran it the rest of the season as well but had a string of bad luck). As an historic race car, it has been used extensively by its current owner and is ready to run. Only 28 were sold in the U.S. and this one should bring between $350,000-$410,000. Click here for more info and here for more from Bonhams.