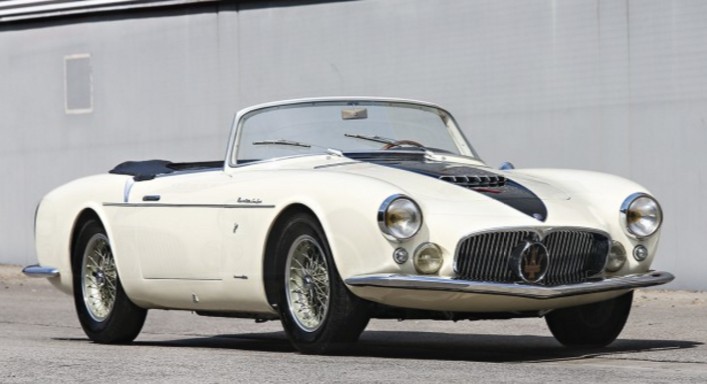 It seems like each year there is a theme among auction houses as to a certain type of car that is, for whatever reason, more prevalent at the Pebble Beach sales than usual. Two years ago it was open-wheeled race cars. This year it’s Maseratis. Both Gooding & Company and RM Sotheby’s are offering difference collections of Maseratis. The car you see here is probably the best one available.

The A6G/54 was introduced in 1954 (and built through 1956) and was the final version of the A6G, a car that dated back to 1947. It is powered by a 160 horsepower 2.0-liter straight-six and four body styles were offered, though none were built by Maserati themselves. Frua offered a Coupe and Spider, while Zagato and Allemano also offered a style each.

This is the fifth of 10 Frua Spiders and one of only 60 A6G/54s built in total. It was sold new in the U.S. and has spent a majority of its life on the west coast. Restored in the 1990s, this beautiful car does not come with a pre-sale estimate, which should tell you what you need to know regarding affordability. Click here for more info.