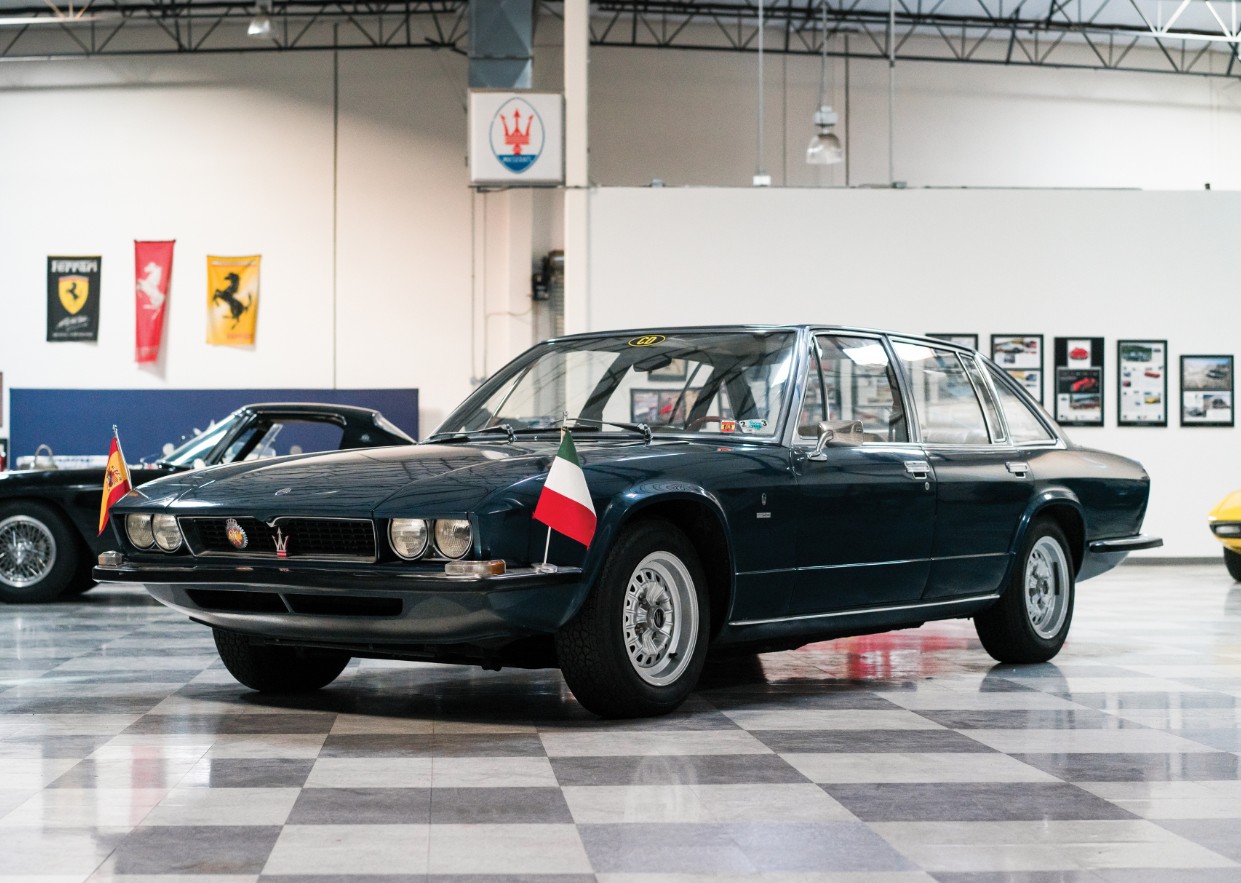 The original Maserati Quattroporte was a sedan built between 1963 and 1969. Maserati was out of the sedan game until 1976. But in those years between, something strange occurred. And it resulted in two amazing cars.

The story is that Frua designed this prototype Quattroporte sedan and showed it at the 1971 Paris Auto Salon. A second was built for Aga Khan IV and that was it. This is one of the rarest Maseratis outside of cars like the Boomerang. It is powered by a 4.7-liter V-8 making 290 horsepower (from the Maserati Indy). This car is rumored to have been owned and used by the Spanish royal family. Most recently, it’s been in the Riverside Automotive Museum and should sell for between $175,000-$225,000, which seems like a steal. Click here for more info and here for more from RM.