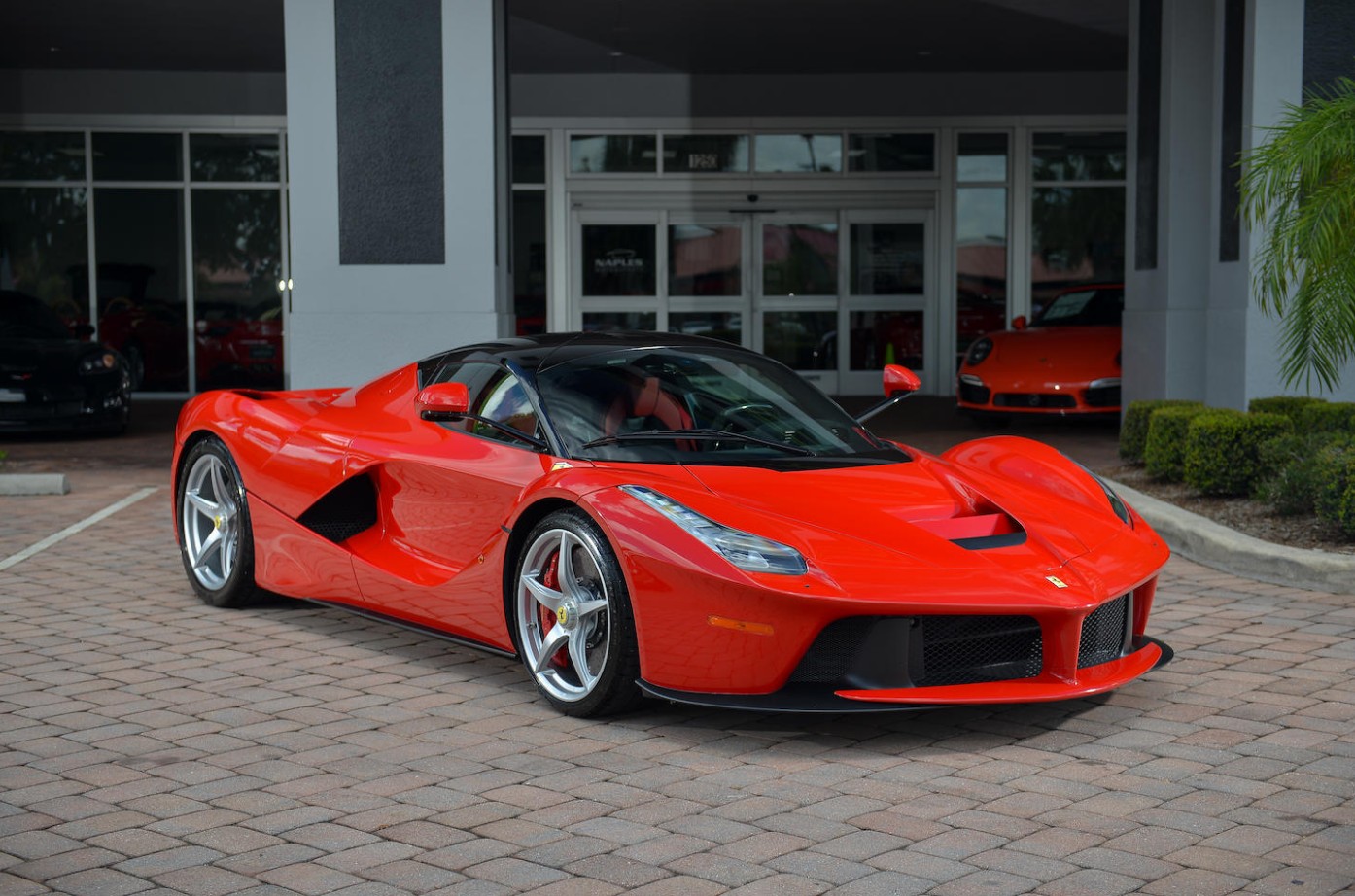 The “Holy Trinity” of modern hypercars (the LaFerrari, the Porsche 918 Spyder, and the McLaren P1) have been around for a few years now, but the LaFerrari is the last one to start hitting the auction circuit. The other two have both sold at auctions for a while and, this weekend, there are two LaFerraris on offer (Mecum has one as well).

As poorly named as the name LaFerrari might be, the car is incredible. It’s very good looking and has performance matched by almost nothing else. The coupe was built between 2013 and 2015 with only 499 constructed. A convertible is on its way shortly.

The engine is a 6.3-liter V-12 making 789 horsepower. Ferrari, being at the forefront of Formula One, uses an F1-style KERS electric motor that can add an additional 161 horsepower. That’s a grand total of 950 horsepower. Top speed is over 217 mph.

This particular LaFerrari has only covered 230 miles, which accounts for testing, delivery mileage and only a few “for fun” miles. It’s essentially brand new and hopefully the new owner will drive it, enjoy it, and let the world see it. As incredible as it might seem, getting in on this car for the estimated $3,600,000-$4,200,000 will seem like a steal in 10 years. Click here for more info and here for more from Bonhams.

One thought on “LaFerrari”