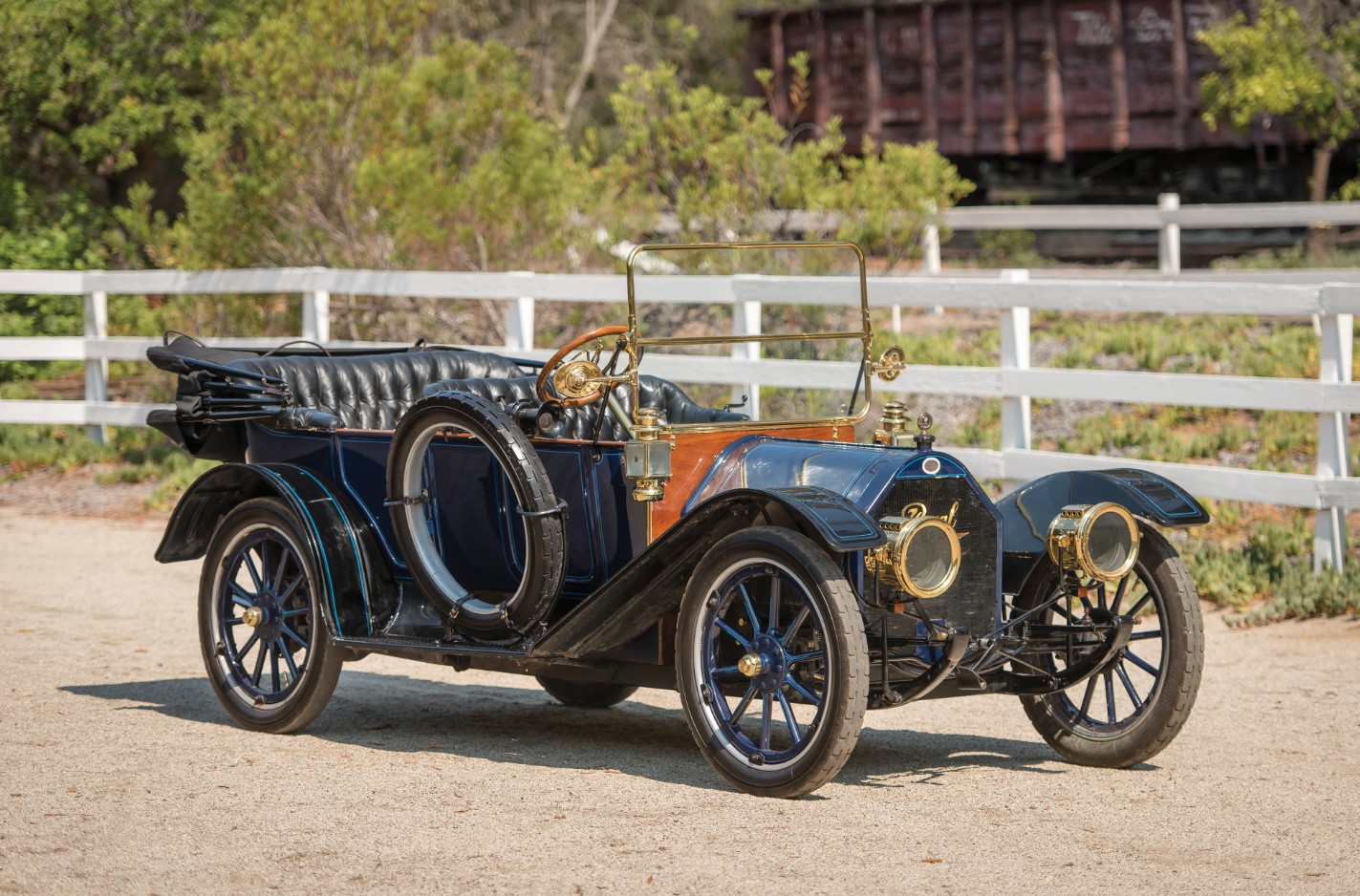 Detroit’s Regal Motor Car Company isn’t the most remembered automobile manufacturer to come out of Michigan, but boy did they produce some attractive cars. Brothers Charles, J.E., and Bert Lambert teamed up with Fred Haines to form the company in 1907. In their 11 years they produced some more traditional-looking (for the day) cars as well as this hot new thing called the Underslung.

An Underslung chassis is defined as a chassis where the chassis itself is suspended from the axles which lowers the car dramatically. Improvements from this include a lower center of gravity and awesome handling (for 1912 anyway). Because roads were more of an afterthought in the  day, larger wheels could be fitted to maintain ground clearance. The most famous example of these cars are the beautiful American Underslungs. Regal’s version went on sale in 1910.

This car is powered by a 25 horsepower 3.3-liter straight-four. The Model T (Ford’s trademark lawyers were apparently not quite as ruthless in 1912 as they are today) was the Touring model, although you could get a Roadster or Coupe with this engine. This is one of two survivors of this model and would be about as much fun as you can have driving a car from 104 years ago. Click here for more from RM Sotheby’s and here for more about this car.