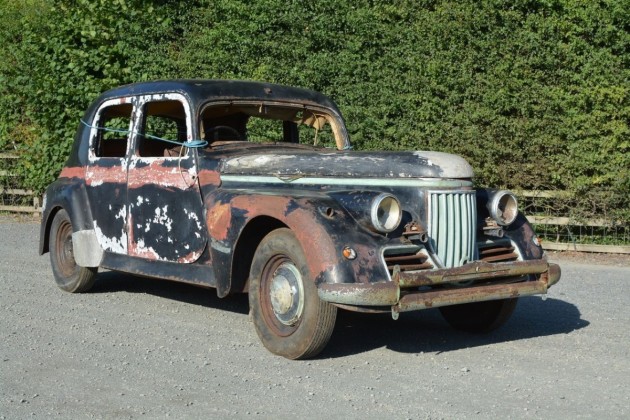 The Murad was a car designed by English-trained and Jamaican-born electrical engineer Wadia Halim Murad. Designed and built by the Murad Machine Tool Company between 1946 and 1948, the intention was to offer a sedan in the competitive British market. The entire thing was designed in-house, engine included, and the cost of such a large undertaking nearly bankrupted the company and the project was shelved.

One lone prototype was ever completed. It was powered by a 1.5-liter straight-four capable of 48 horsepower, however the engine is no longer with the car and it is being sold as a restoration project. Surely a period-correct four-cylinder could be located and installed without too much trouble. Air-conditioning was to be standard as well.

After the project was cancelled, Mr. Murad continued to drive this car regularly up until 1964 when it was parked. It essentially disappeared and, like many cars before it, was assumed scrapped. But as luck would have it, in the 1990s a man purchased an old farm building and while he was clearing it out, this car was found in the back corner under some straw. It is complete (other than the engine) and, should the next owner restore it, would make for an interesting conversation starter wherever it goes. Click here for more info.