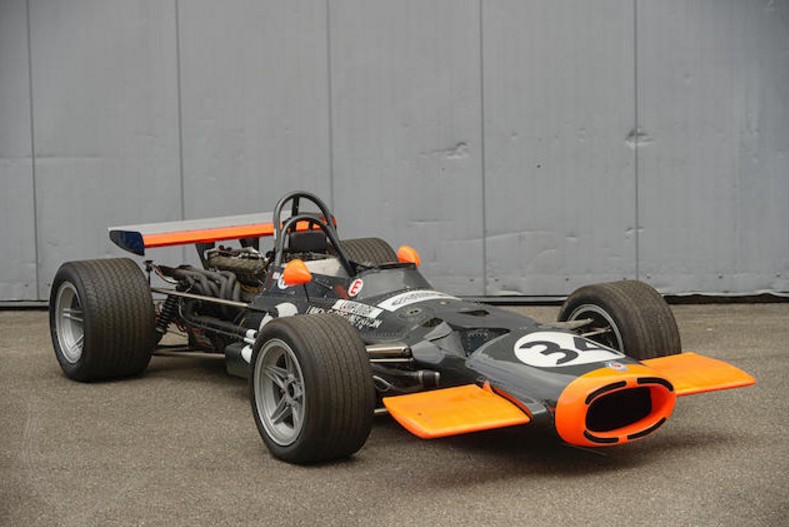 In modern Formula 1 it’s kind of rare for a chassis manufacturer to build its own engines. Only actual road car manufacturers that compete do it (Mercedes, Ferrari, Renault). Those teams that exist solely to compete in motorsport usually outsource their engines… but when your team name is British Racing Motors, I guess building engines is sort of your wheelhouse.

BRM was founded in 1945 by Raymond Mays and competed in F1 between 1950 and 1977. It won the constructors’ title in 1962 (this was the year that Graham Hill won the drivers’ championship).

The car is listed as being in original condition, even though it has been used in historic racing. It’s an awesome example of late-1960s F1 technology and has great looks to match. It should bring between $340,000-$450,000. Click here for more info and here for more from this sale.