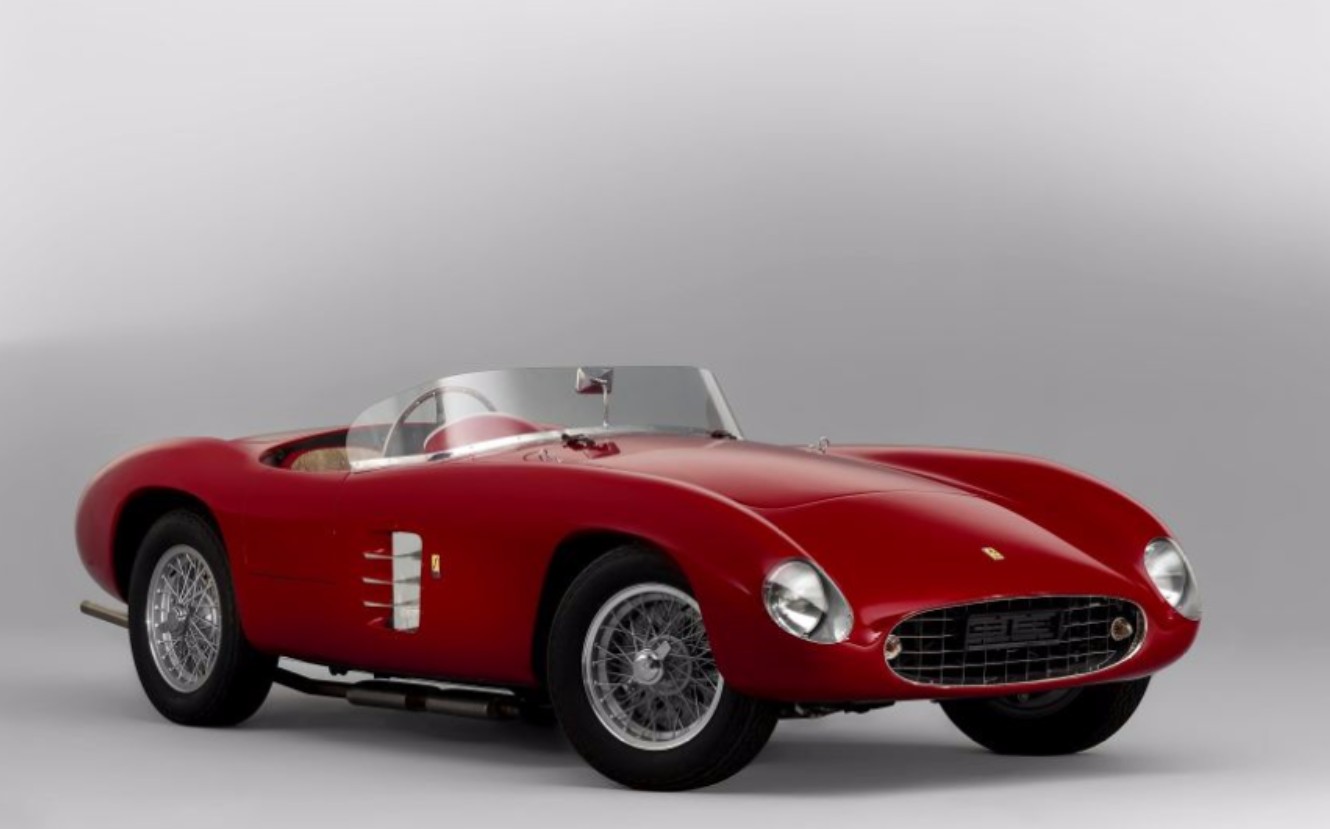 The 166 S was among the first cars built by Ferrari. It is preceded only by the 125 S and 159 S. It was a race car from the get-go and it was the first Ferrari to have a road-going counterpart, the 166 Inter. And even some of those were raced.

The 166 S (as well as the 166MM) were built from 1948 through 1953. It was powered by a 2.0-liter V-12 that Ferrari later enlarged to 2.3-liters in this car only (it would’ve originally put out between 110 and 140 horsepower depending on configuration). It was a factory race car when new. 1949 saw a new owner and it’s competition history under that owner includes:

After the ’49 racing season, the car went back to Ferrari for engine enlargement. It’s final competition engagement was in 1952 and then the car was stored in Maranello. In 1954, Enzo Ferrari sent the car to Scaglietti and the original Ansaloni body was replaced by this very 1950s-looking body. Enzo wanted the car used a test bed for future racing bodies.

In 1957 it entered private hands (again) and eventually made its way to the U.S. A recent restoration preserved some original parts while making everything else perfect. This sort of proto-Testa Rossa will bring big bucks in Paris. Click here for more info and here for more from this sale.